You may remember that my little Miss Addison turned five at the end of May.  We had quite the celebration for her.  Months before her birthday I told her we could do whatever she wanted for her 5th birthday – Disneyland, American Girl Doll Store, party with friends at the park, Seaworld – whatever she wanted.  She said “I want to go to grandma’s house in Utah!”  Sweetest thing.  So – off to Utah we went! 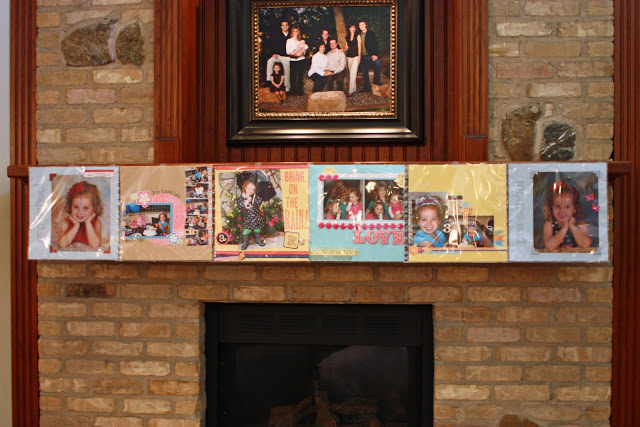 Decor for the party was pretty low key.  A few pages from Addison’s scrapbook taped along the mantel. 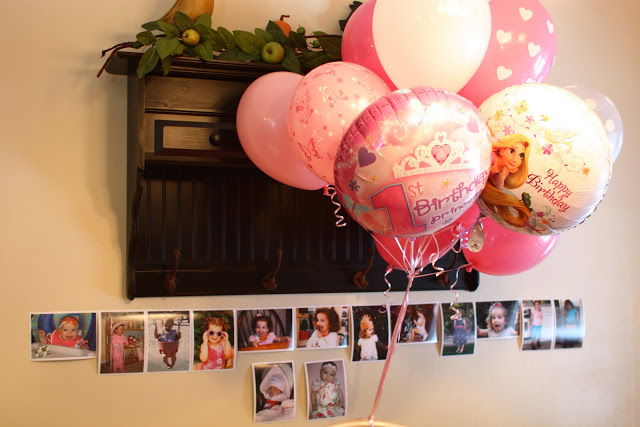 And several of my favorite pictures of Addison taped along the wall.  With the Rapunzel balloons.  OF COURSE it was a “Rapunzel Utah party!”  And the whole family was invited. 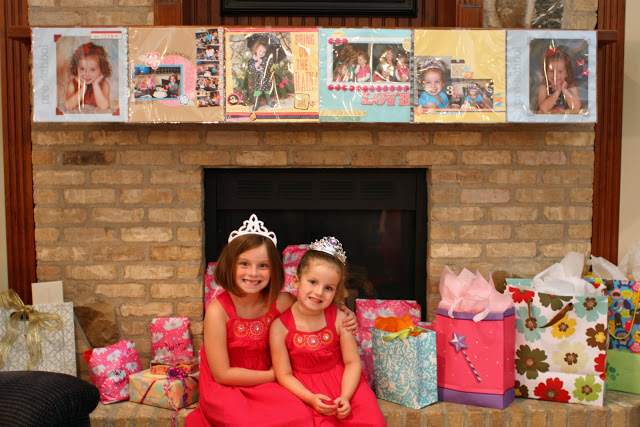 Party started with the opening of presents — funny story about the presents.  I had such fabulous intentions shopping for the party and using the pictures of Addison to make a fun birthday banner.  But the week before the party, Kole had other plans for me.  So the morning of the party my mom and I woke up and headed to Target.  Hardly any time at all to buy all of the presents, wrap them, pick up the cake and balloons, order the pizza, and get the house clean before the quests arrived.  You should have heard us driving to the store.  We were getting ourselves all pumped up for one of the fastest shopping trips in Target history!  We were like football players getting psyched for the big game.  Picture Rocky music playing in the background — “I’ll head to the doll section, you hit pajamas!  Then we’ll meet at the DVD’s and cruise past gift wrap on the way out!  We can SO do this!  Go Go Go!”  We raced in the store, grabbed everything that screamed Addison, and in less than 20 minutes we were back at the car – hi-fiving all the way home.  And not only did I find a doll, but a doll named Addison that can swim in the pool.  TOUCHDOWN!
Yeah.  We thought we were pretty cool. 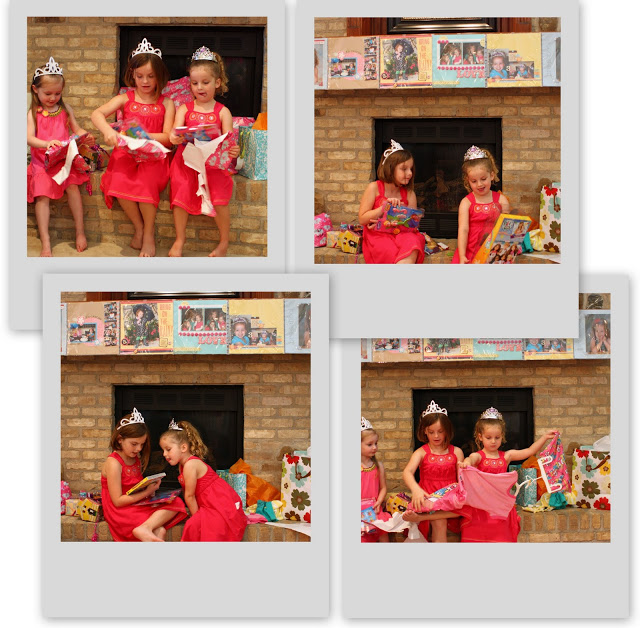 And apparently so did Addison since she loved her gifts which included shoes, a yellow tutu, smurf pajamas (of course a matching pair for El), dolls, mermaids for my girls and their cousin Claire, and the latest Barbie DVD.  Couldn’t have done better if I would have shopped for months!  :) 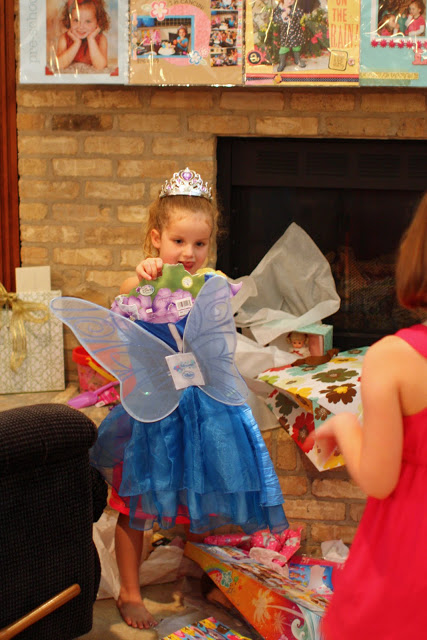 Oh.  And a dress fit for a fairy princess. 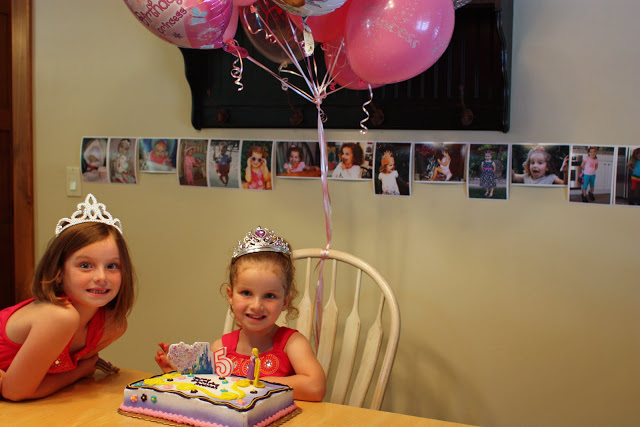 Then time for cake! 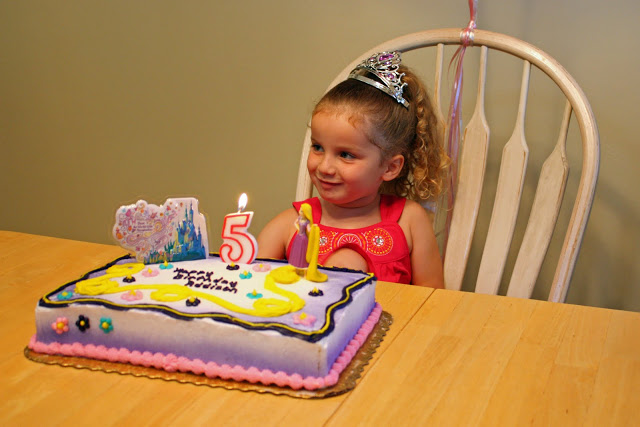 Loving the attention while everyone sang… 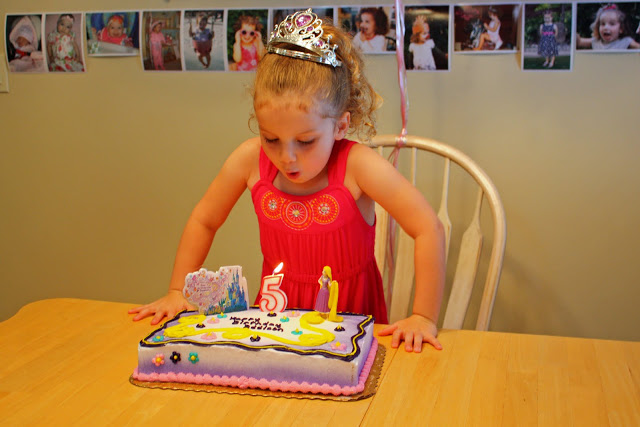 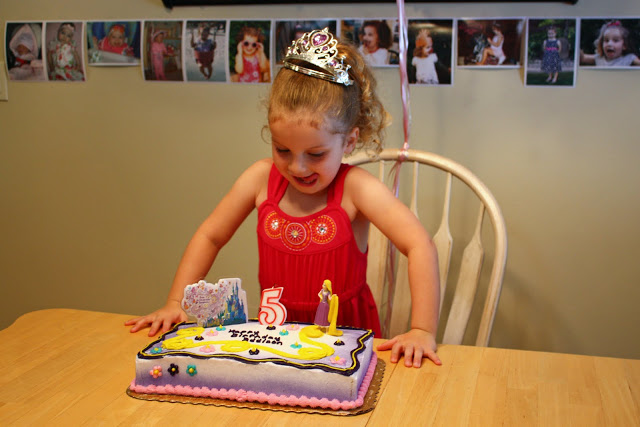 And cue the tongue.  My Addie always sticks her tongue out of the side of her mouth when she is excited/embarrassed. 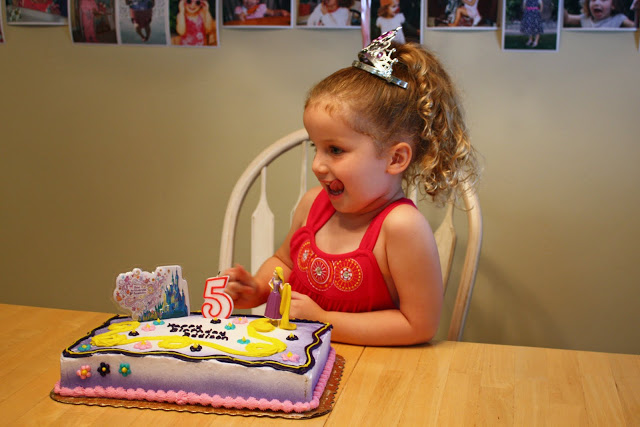 And there it is again.  The sign of a good birthday.  :)  We spent the rest of the afternoon lounging by the pool.  I should have taken more pictures of the guests, but I think I was burned out after my mega shopping spree.  I would highly recommend planning a party BEFORE the morning of the party. 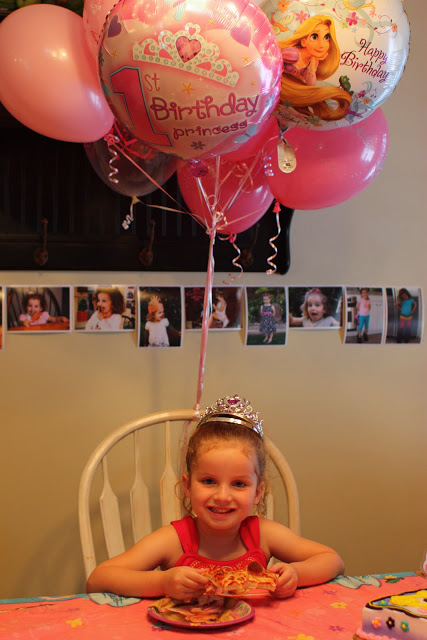 But it all came together – it always does, right!?  And my little sweetheart had a fabulous birthday.  I really can’t believe she’s five.
I also can’t believe that I’m just now noticing one of the balloons says 1st birthday on it.  HA!
But I did find a doll.  A doll named Addison that can swim in the pool….
xoxo, Erin
Share
Leave A Comment
Share The Post
Join the Conversation
Cancel reply