It’s that time again! Time to be thinking about holiday cards! Actually, if you’re like me, you started thinking about your Christmas cards early August. :) I love making my cards and that requires some early planning. It’s always a goal to have the actual month of December be as stress free as possible!

I’ve received some e-mails with questions about my homemade cards so I thought I’d post them all together to give some of you ideas if you’re planning to make your own this year. FUN!
**click on the picture to enlarge if you want to read the cards 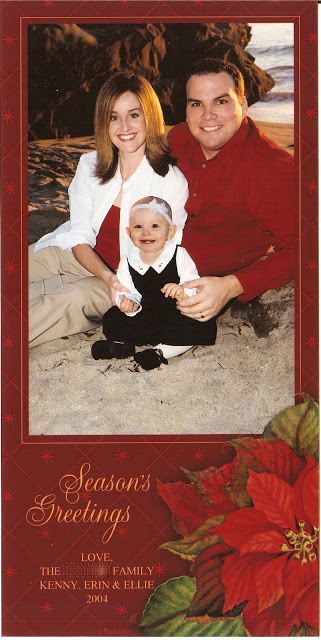 Our first Christmas card. Ellie was 11 months old. Not homemade because I don’t make my cards during “the year of the baby.” Photo shoot at the beach. After about two pictures Ellie rubbed sand in her eyes and cried for an hour. After the photo shoot I cried for an hour because I was sure we hadn’t got one decent picture. It was a total nightmare! My first glimpse into the reality of photo shoots with little ones. Kenny said never again. Of course in my mind I heard never again…until next year. 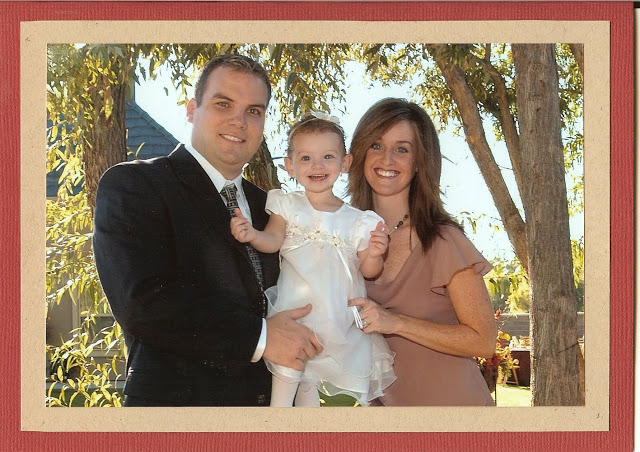 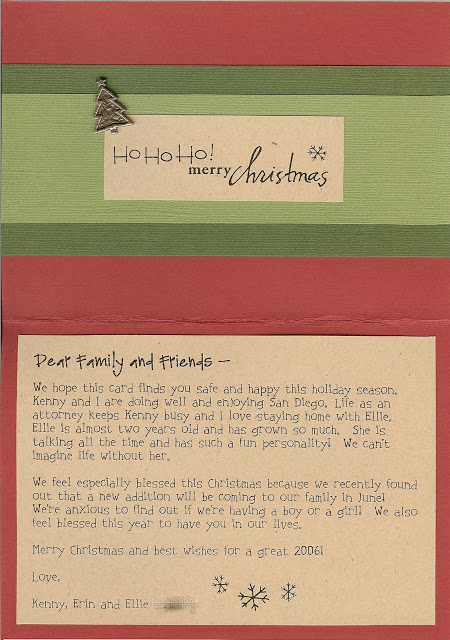 My first homemade card. It was simple. I wanted to make my own so I could share our news about baby #2 on the way. 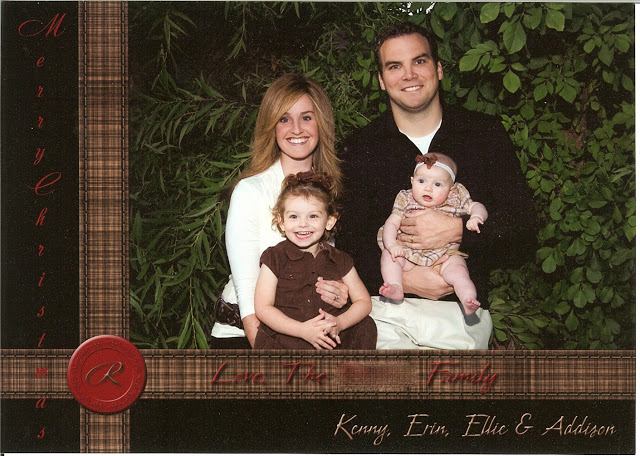 Enter baby #2 – no homemade card but a much easier photo shoot. 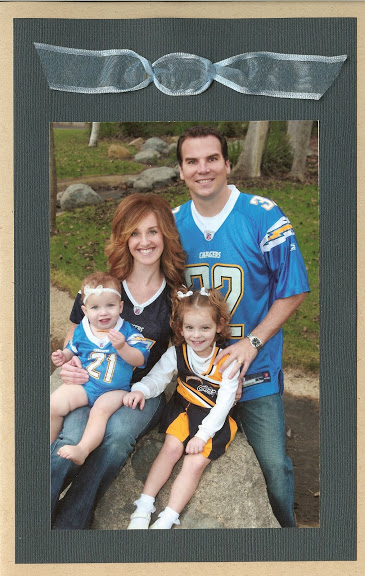 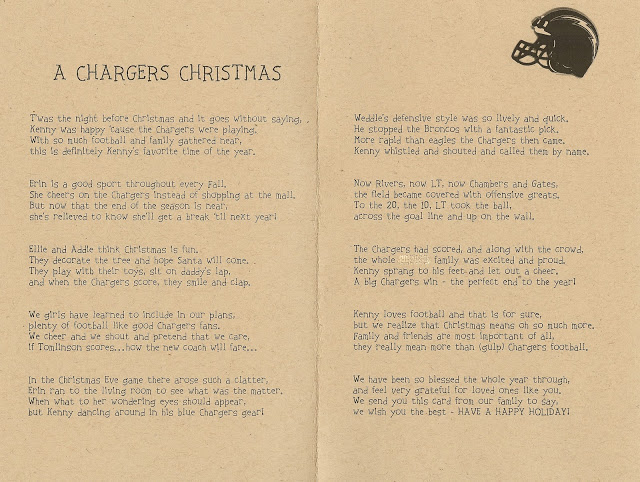 Our Charger card. This was so fun to work on. I couldn’t get too creative with the card design because I needed lots of space for all of the writing. A poem is a fun way to personalize a card and share something fun about your family. 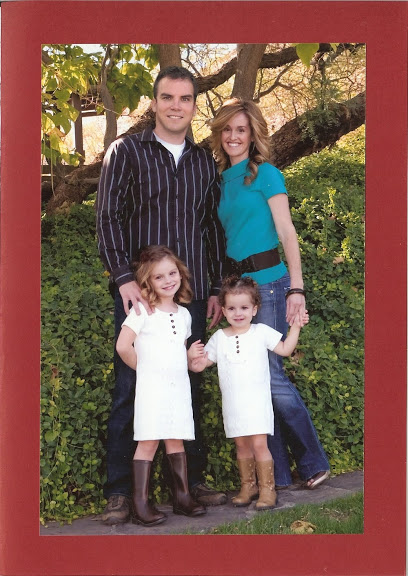 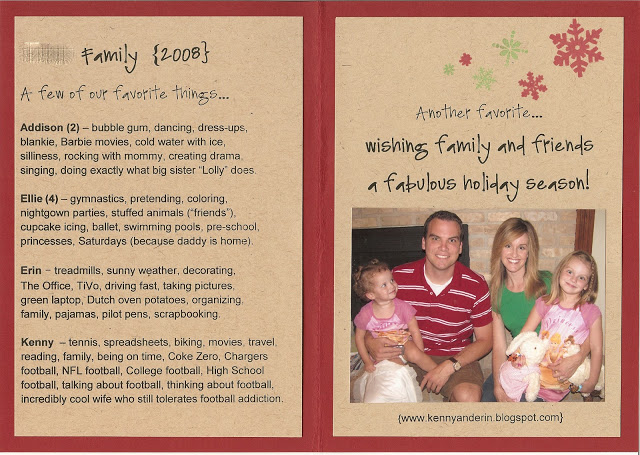 Decided to list each of our “favorite things” on the inside this year. 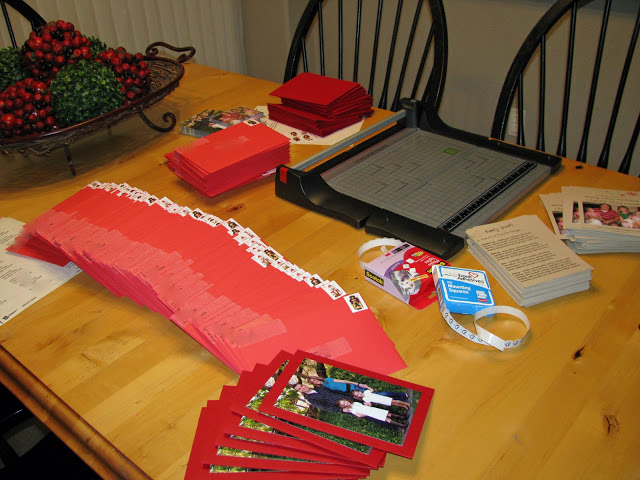 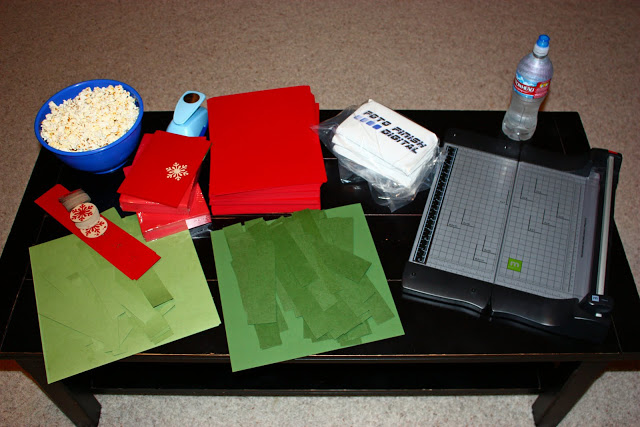 Just getting started on 2009 cards.
A few card details: I use Bazzil cardstock usually found on-line at or at a craft store like Michael’s. The brown color I always use and adore is called oatmeal. Pictures are 4×6 on the front and 2×3 on the inside when I’ve included an additional picture. (I collage two 2×3 pics and develop it as one 4×6) My cards usually end up being a 5×7. Charger card was a bit bigger. I order my envelopes from Action Envelopes. And some friendly advice about making your own cards…of course it depends on what paper, etc. you use, but I’ve found that this is NOT a cheap way to go. I always spend way more money making my own cards than when I order them. All of the supplies add up fast so it’s a great thing to do if you want a homemade personal card and love the process, not a great thing to do if you’re trying to save money on cards. :)
{2009} 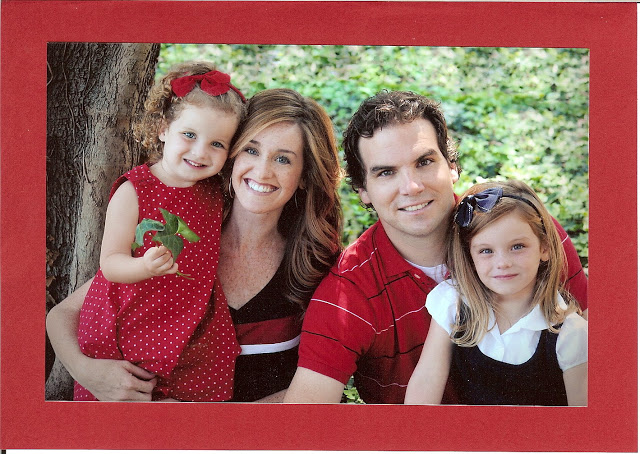 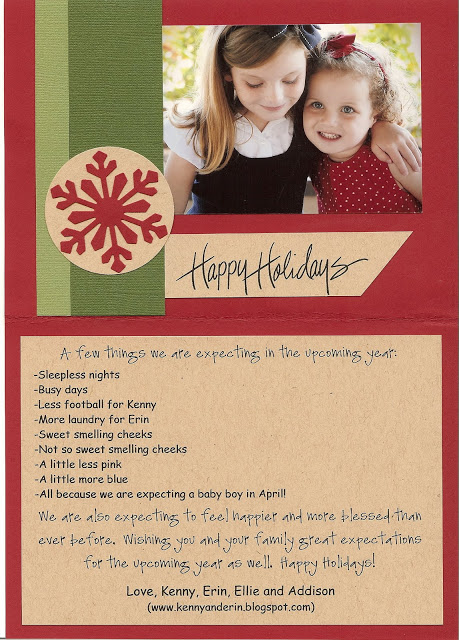 Last years card. Once again announcing the news of a new addition on the way. :) I cut these a little too close for comfort. Kenny and I went to Denver around Thanksgiving to see the Chargers play the Broncos and I was working like mad on these cards the whole trip! In the Denver airport, on the plane, in the hotel room… I think people thought I was crazy! (most people traveling bring a magazine and maybe a snack – not card stock and glue dots) Kenny said never again. I heard never again…until next year.

For the third and last time I find myself in “the year of the baby” and so I will not be making my cards this year. When I was trying to decide what to do instead Kenny said, you know, we could take a year off and just not send cards. {GASP!} Blasphemy! I told him I was going to pretend I didn’t hear that and then continued to ramble on about possible card ideas. Haylee, a close friend of mine, is designing my cards for me this year. You can check out her beautiful work at her website heyhaydesigns.com or her blog www.heyhaydesigns.blogspot.com. She is so talented! A great person to contact for cards/announcements for any occasion. I’m so excited to send my cards out and start receiving cards in the mail! It’s one of my favorite things about this time of year. 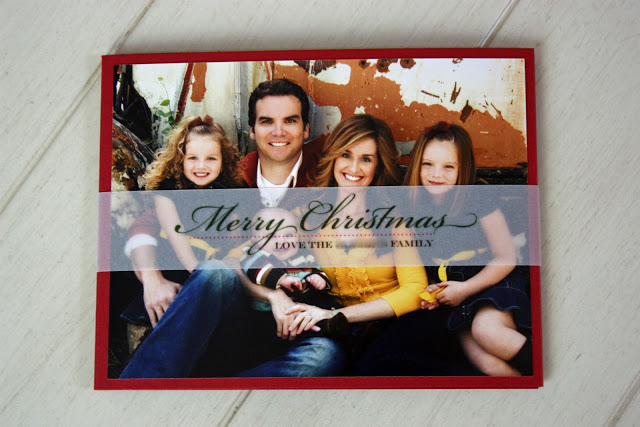 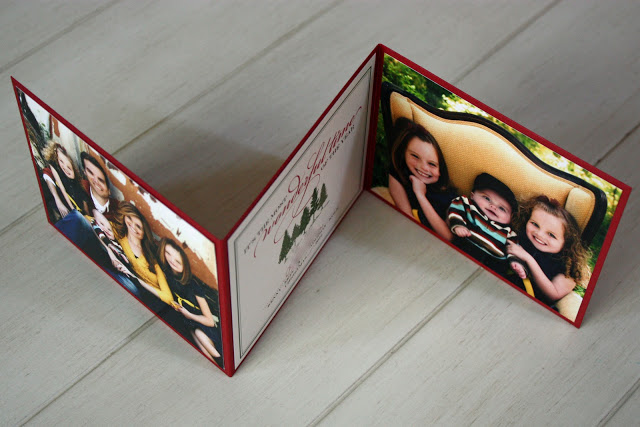 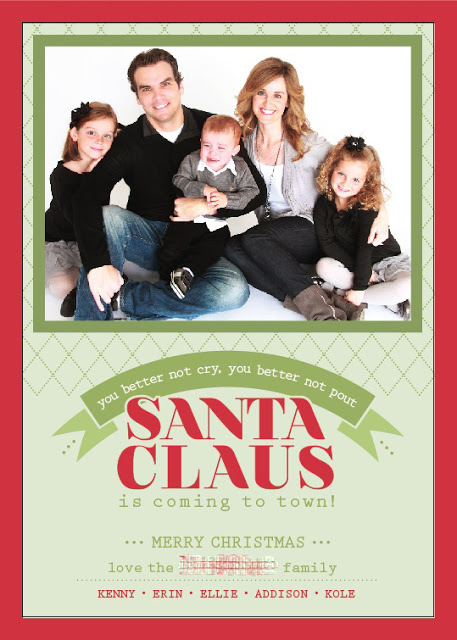 We decided to embrace the stage we are in and roll with it this year!
Not like we had much of a choice…  :)