Sharing a few pics from El’s 9th birthday party today!  I need to get them posted before I blink and it’s time to throw her another party.  Ellie loves ice skating so we thought it would be fun to have an ice skating party.  I was all for it because #1 – the people at the ice skating rink have the whole thing organized so there is little work for mom and #2 – her birthday is in January.  This would make it feel like a real winter birthday!  Something we don’t experience much around here.  It all sounded great until we woke up the morning of the party.  Kenny and I were like “what were we thinking!?  Are we seriously taking 15 3rd graders ice skating!?”  “Do you even know how to ice skate?”  “No.”  “Do you?”  “No.” “What were we thinking!?”  We had visions of party guests leaving with broken arms and legs for party favors.  Minor moment of panic.  :)  But I’m happy to say that aside from a few trips and falls, everyone left in one piece and had a great time.  Especially my 9 year old ice princess. 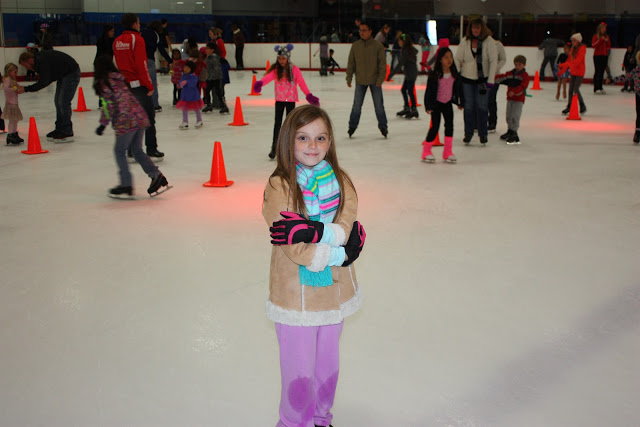 I had a cute winter-y outfit all laid out for her to wear but she told me that she wanted to wear sweats and could she please since it was after all, her birthday.  How do you argue with that?  I’m just glad she didn’t (in typical Ellie fashion) ask to wear her pajamas.  :) 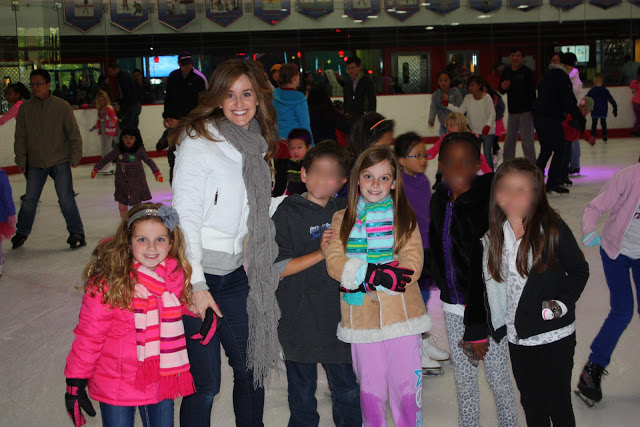 The rink was a little crowded since it was a Saturday.  It was 75 degrees and beautiful outside so it seemed funny that so many people were bundling up and going indoors for ice skating.  I guess we weren’t the only ones who wanted to “feel” winter.  El had a great time skating with her friends.  They are a darling group of kids and I loved seeing them having so much fun together. 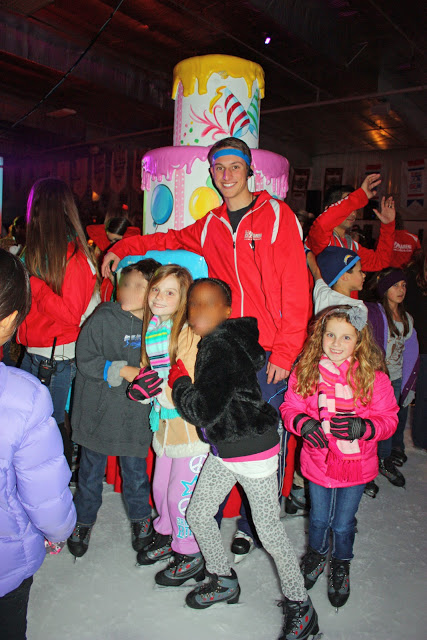 After skating a while the party leader gathered the birthday group. 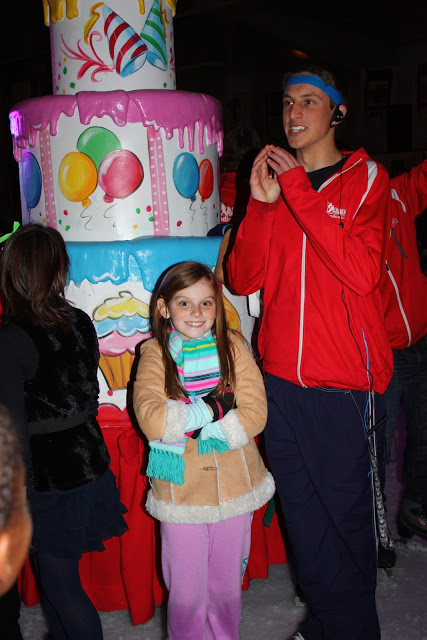 And everyone sang to El. 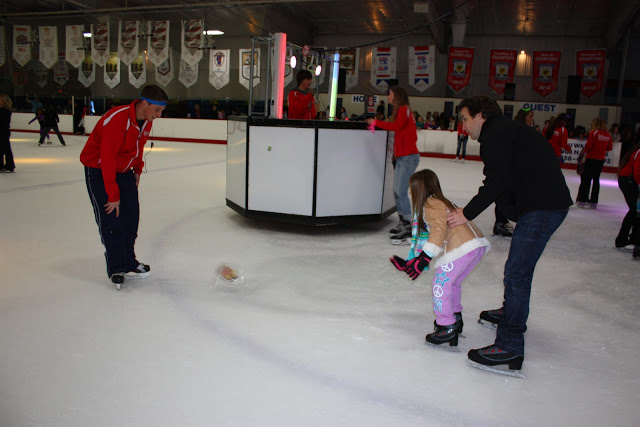 Everyone cleared the ice and she got to play some games with the crowd cheering her on. 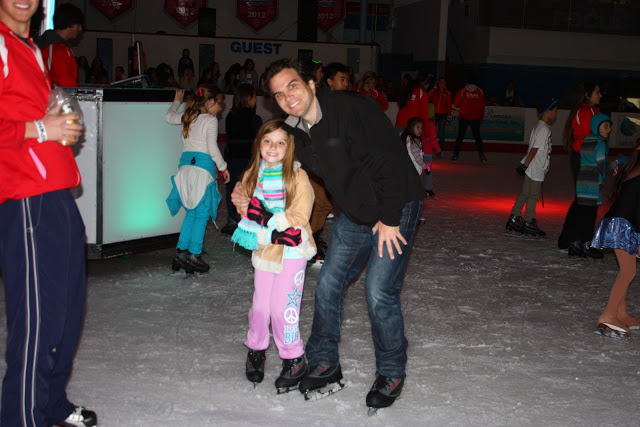 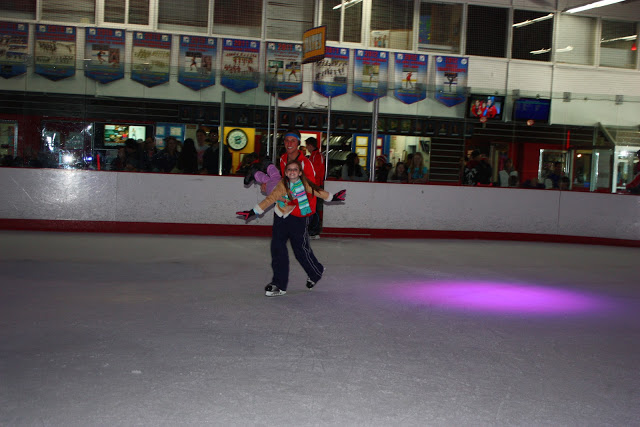 Then our party guy (who was darling with El) picked her up and skated her around the rink several times while everyone cheered.  It was so dang cute.  She had her arms outstretched and was grinning ear to ear and later said that was her favorite part of the day.  That and when they played Lose My Breath by Beyonce – requested by the birthday girl of course. 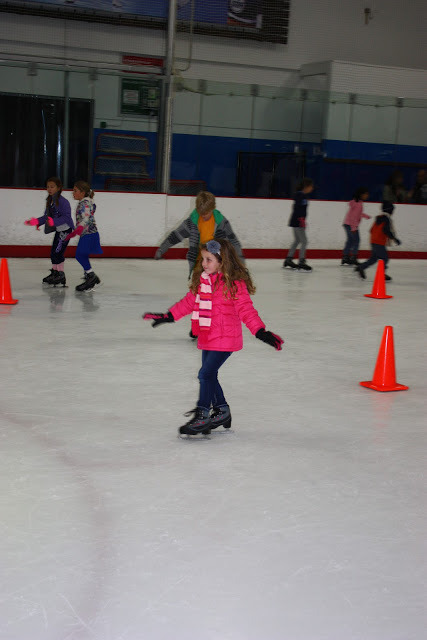 While El skated with her friends, Addie and I made our best attempt to stay on two feet. 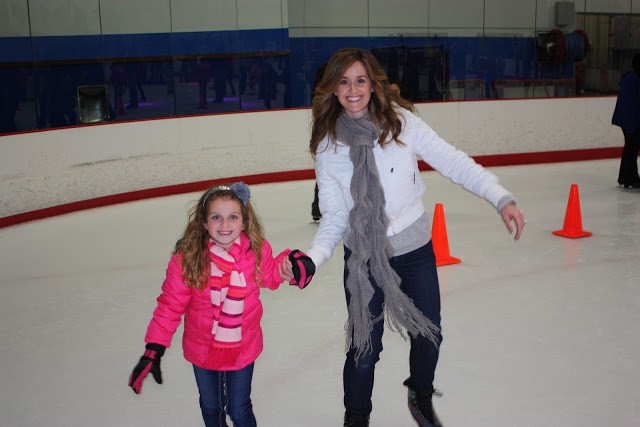 Yes.  The Olympics are in both of our futures.
I’m too old and Addie’s too young, but together we make the perfect combo.
You guys think I’m kidding but I’m not.
Winter Olympics 2014 – Russia.  Watch for us. 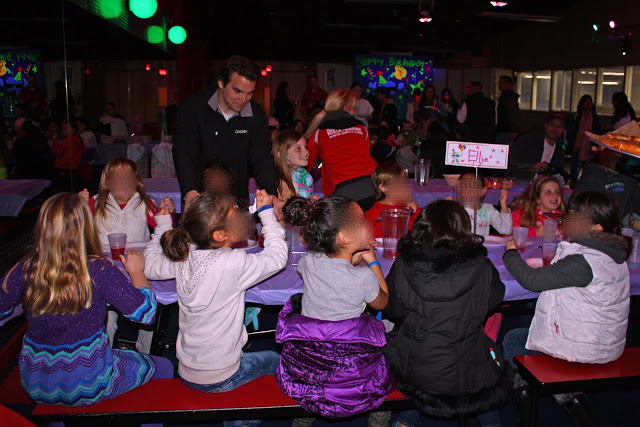 After skating it was time for pizza of course. 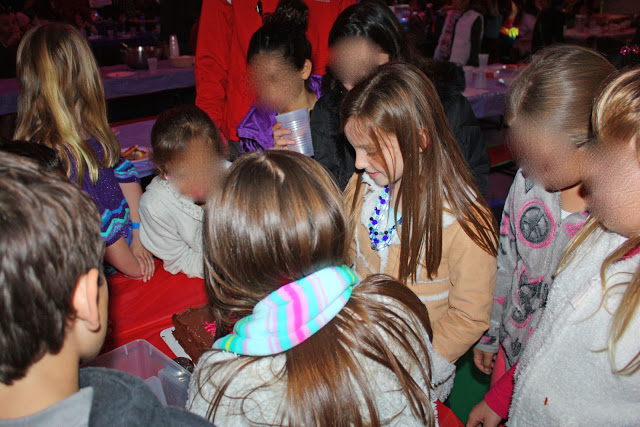 Then El got to decorate her cake. 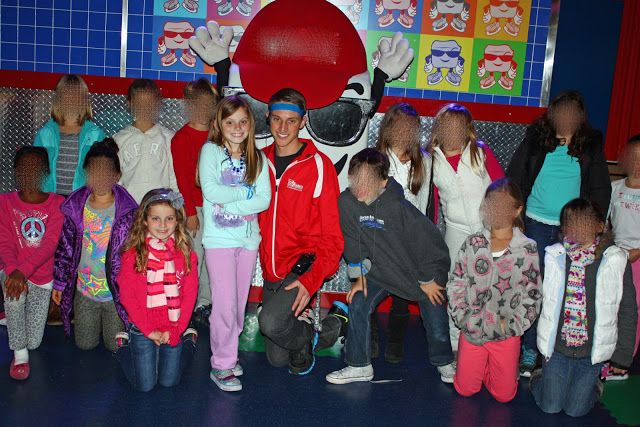 And then we all sang to her and showered her with love.  She told me it was her best birthday yet and her huge smile throughout the party confirmed it.
Age nine is off to a great start.  :)