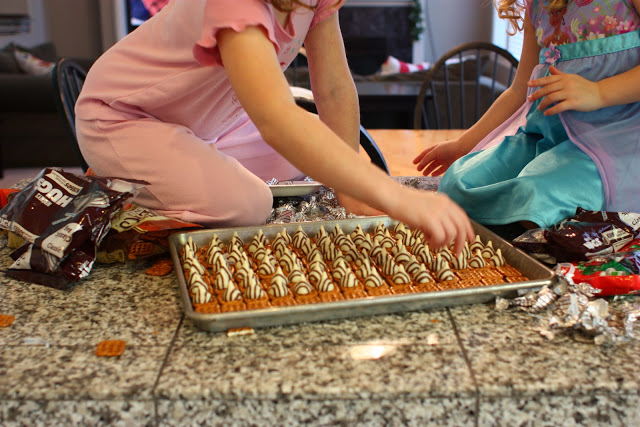 On Christmas Eve we made a tray of Pretzel Hugs to munch on. 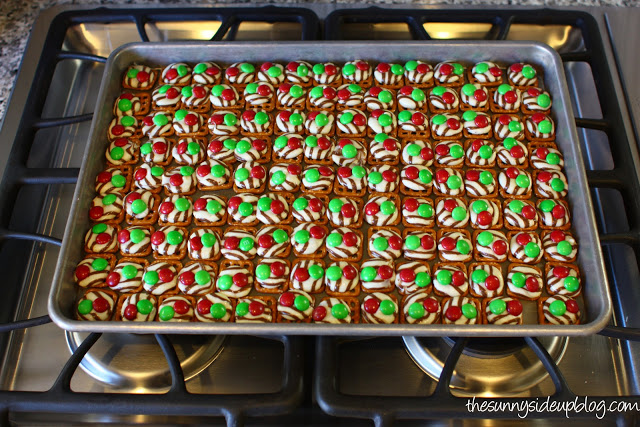 It just doesn’t feel like Christmas around here without them!

The girls decorated for Santa. 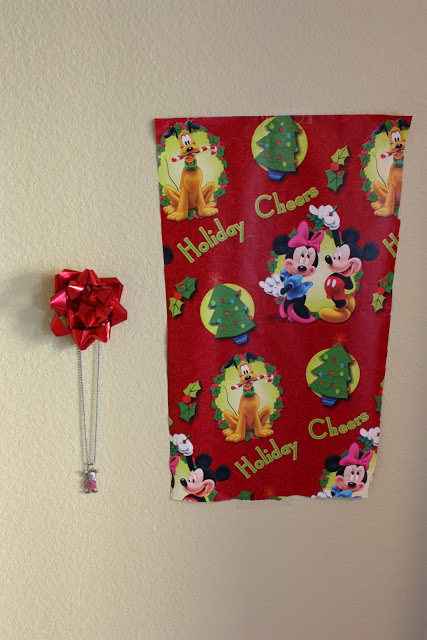 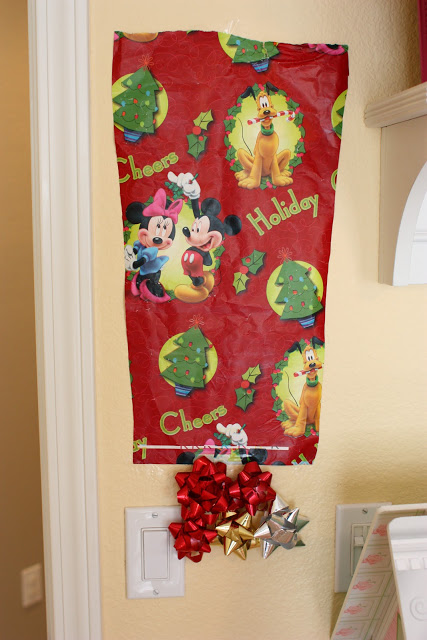 They decorated their walls… 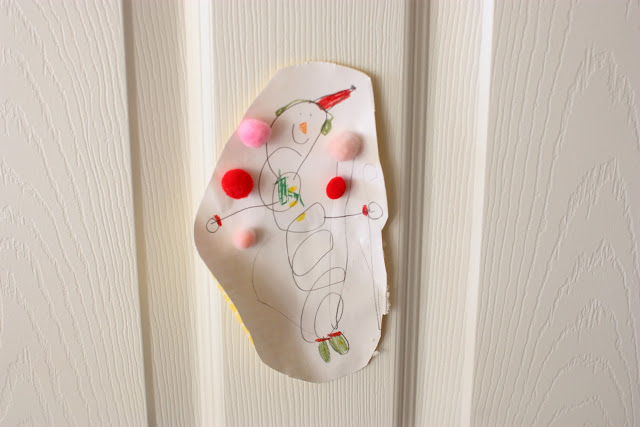 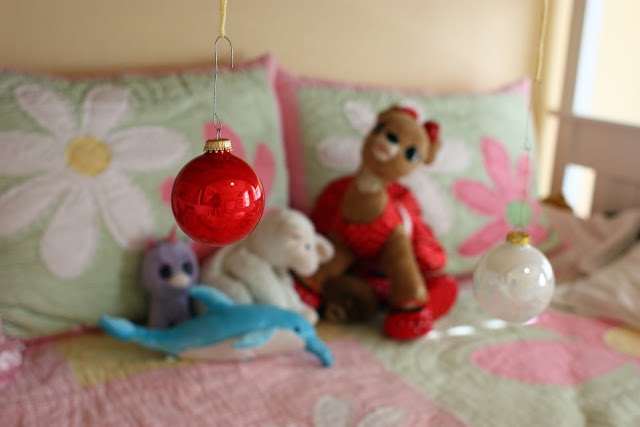 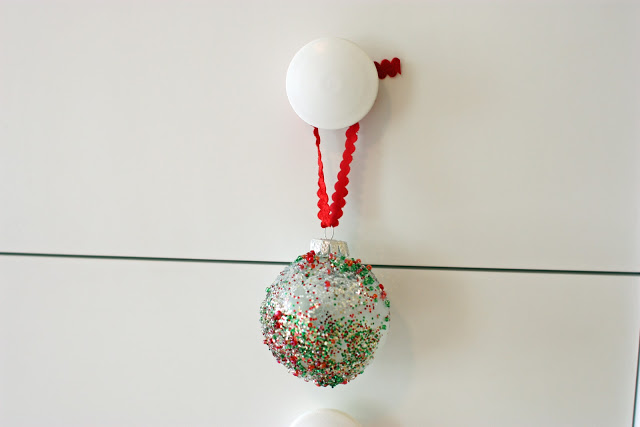 and hung ornaments in every room.

They even spent a great deal of time sprucing up the stairs.  :) 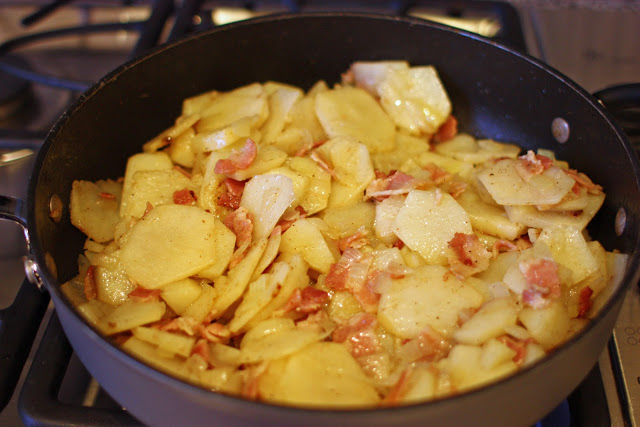 This was our first Christmas without traveling to Utah to be with family or having family come to us so I was on my own for Christmas Eve dinner.  I made turkey and my favorite potatoes and felt like quite a chef.  Right up until Addison asked where the real Christmas feast was.  Later she explained that a “real Christmas feast” includes chicken nuggets, pizza, and marshmellows.  I didn’t feel quite so bad about my meal after that little conversation. 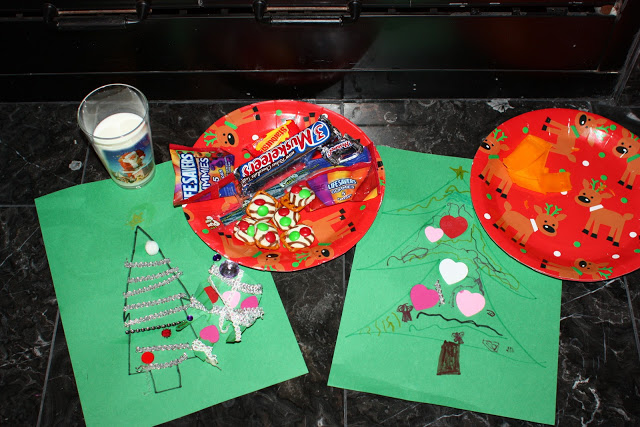 Instead of the traditional cookies and milk, my girls decided to mix things up and left Santa Pretzel Hugs and leftover Halloween candy.  They also added cheese for Santa Mouse and some Christmas tree pictures they made earlier in the day. 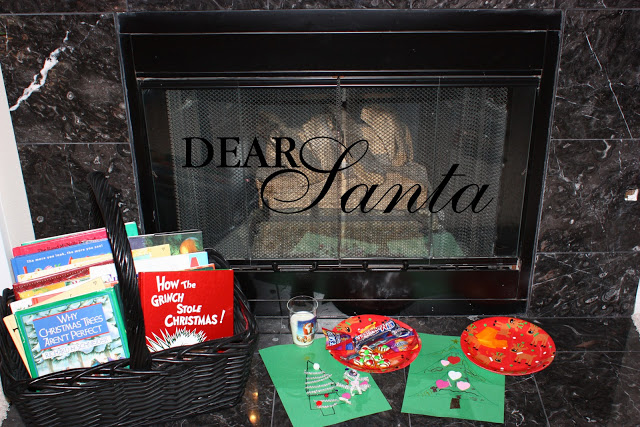 After our traditional trip to drive through Christmas Card Lane, (a fun neighborhood with amazing lights) Kenny read the girls a special Christmas story and they were off to bed.  The one night of the year they can’t wait to go to sleep!
And then the real fun began.  :) 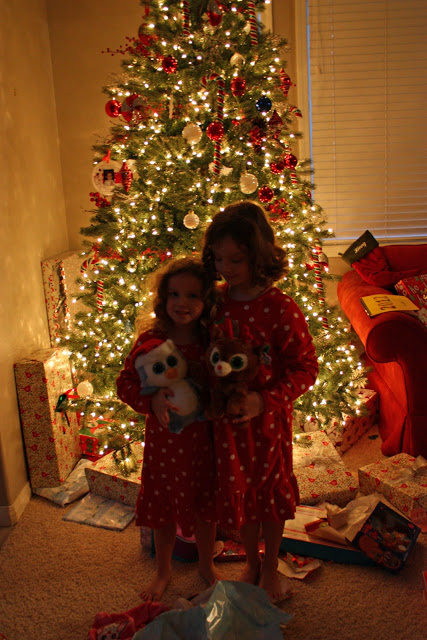 Kenny and I woke up Christmas morning to squeals of excitement from two little girls!  We couldn’t get out of bed fast enough for them.  I told them I heard some jingle bells and a thump on the roof late last night.  Just like my mom used to hear when I was a little girl. 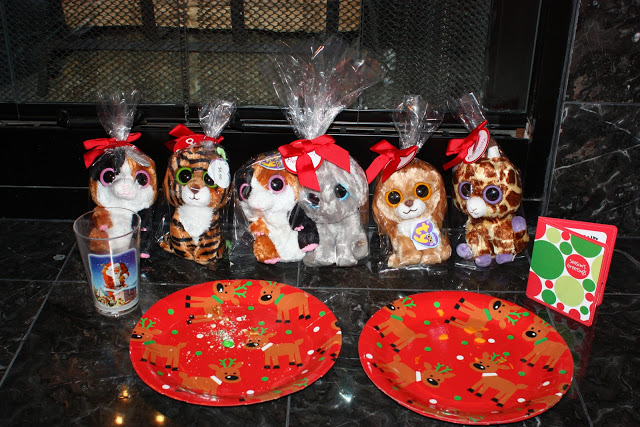 After taking in everything in the living room, they ran to see if Santa ate their treats.  He did!  He also left some other surprises they wanted and a note.  Santa’s note thanked them for the delicious candy, told them they had been SO good this year, and also reassured them he had taken off the tape on the fireplace to get in and had then put it back on when he left so that Kole wouldn’t get into it.  The girls were a bit stressed about that one. 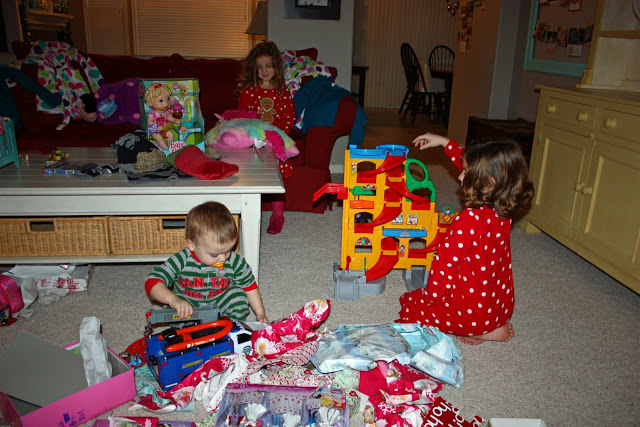 We all had a great Christmas morning. 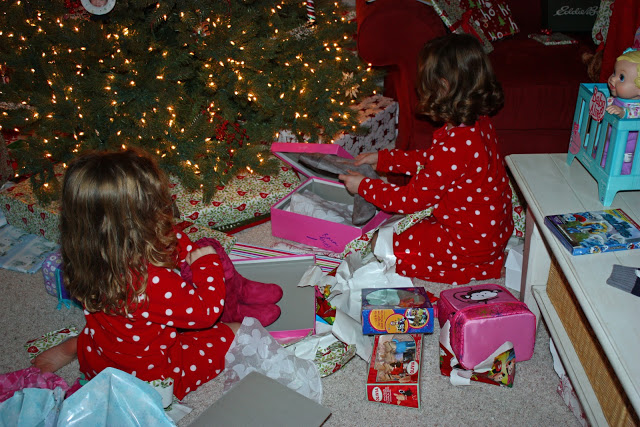 Among other fun things, the girls got new boots.  Ellie politely thanked me and tossed them aside.  Addison hasn’t taken hers off since. 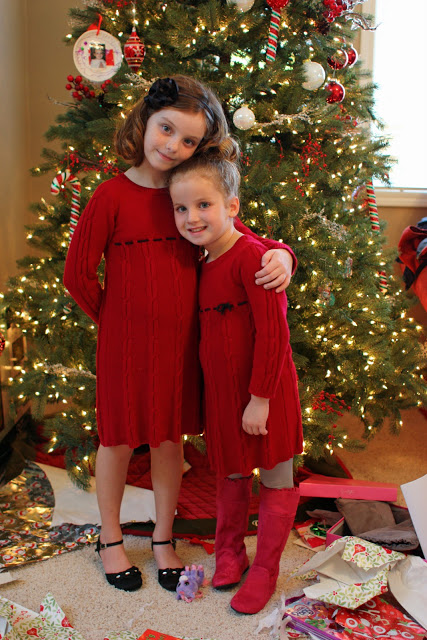 In fact, later that afternoon when Kenny took the girls to church Addison insisted on wearing her pink boots with her red Christmas dress.  I told her that didn’t exactly work.  Ellie begged to not have to wear her “itchy” tights.  Kenny and I looked at each other, shrugged and said “it’s Christmas, do what you want.”
So they did.  :)
Kole and I didn’t make it to church because he was in desperate need of a nap.
I was in desperate need of a nap too, but instead had plenty to keep me busy… 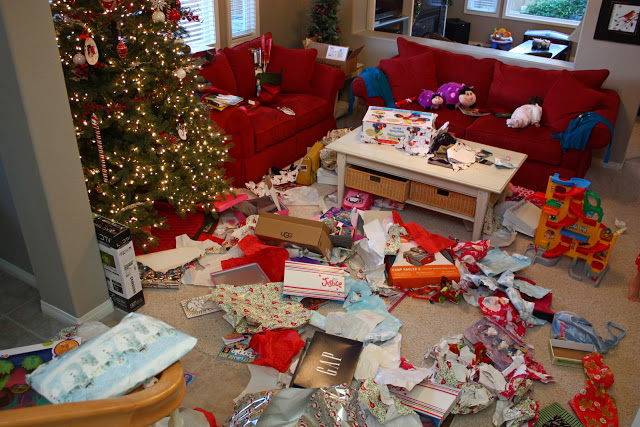 Wouldn’t be Christmas without a Christmas mess!
The last few days have been the best.  Kenny has been home with us and we are really enjoying this time together as a family.

(Ready for an afternoon movie.  The girls set this up and didn’t seem to mind one bit that there wasn’t room for the rest of us to sit!)
And as for the girls’ new “friends”?  They are enjoying time with our family as well.
:)
xoxo, Erin
Share
Leave A Comment
Share The Post
Join the Conversation
Cancel reply

23 thoughts on “Our Christmas”