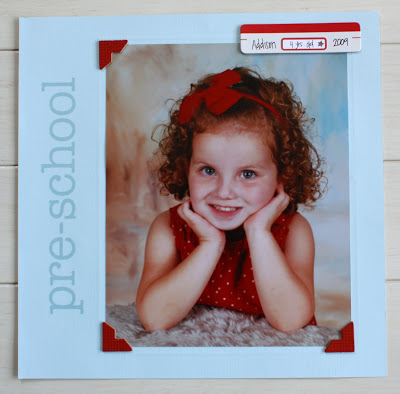 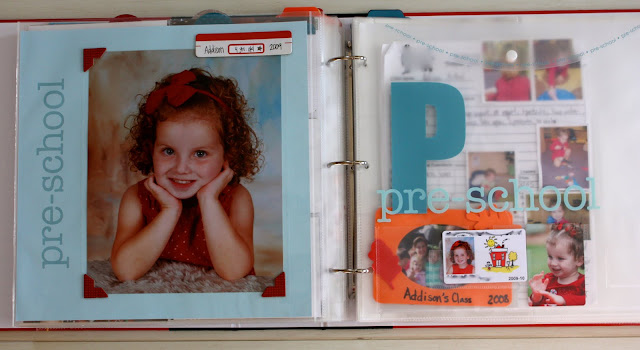 I didn’t do a complete layout for that year because well, she couldn’t write much yet.  :)  Next to her class picture in her PL book I just added her 12×12 pre-school envelope to hold random things from the year. 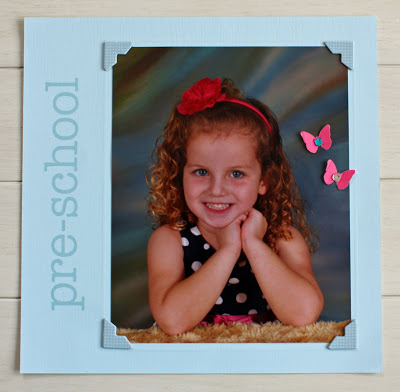 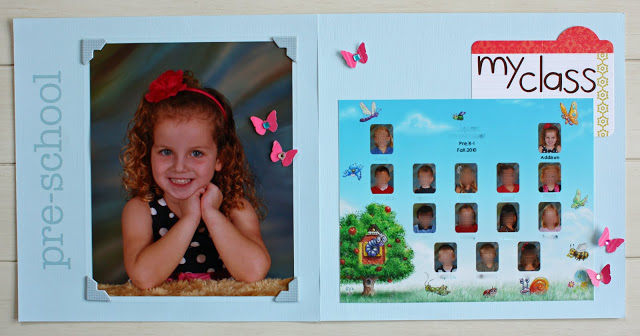 I’ll place this next to her class picture in her album.  Sweetest little group of kids EVER. 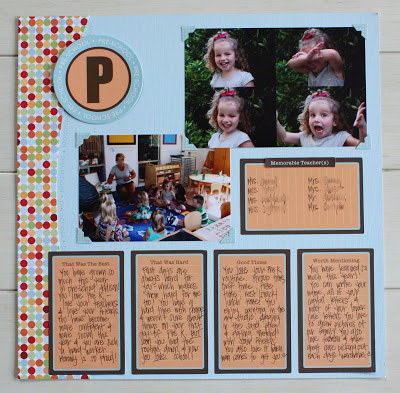 A few words about the year from mom and some pictures from her first day of school.  She was so excited that first day — right up until we got there.  Then she was not a happy camper when mom had to leave!  Thankfully that only lasted a few days.  New beginnings are always a little scary, aren’t they? 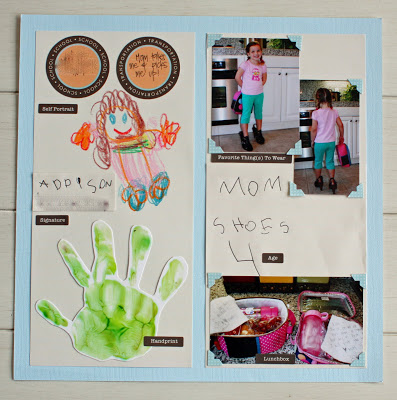 And Miss Addison’s first scrapbook page.  Is that not the cutest little self portrait!?  It kills me.  The hand print I actually cut out of an art project she made in pre-school.  It fit just right and I didn’t even have to mess with paint at home!  Love that. 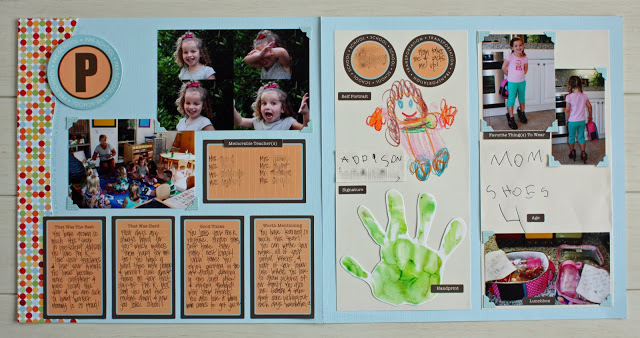 The completed layout for her PL album!  Quick and easy documentation of her year in pre-school.  It has sure been a fun one.  I’ve been dropping my girls off at this pre-school for five years now – first Ellie and now Addison.  It will be so strange to not spend three mornings and afternoons a week there.  I would bawl my eyes out saying good-bye to all of the staff (who have become like family) at this school next week but in just a couple more years, I know I’ll be back with my little buddy.  So I’m going to try to remind myself it is just a short break – not good-bye for good.  I don’t handle good-byes very well.  :)  Kenny on the other hand is thrilled to not be writing out the pre-school check each month.  Pre-school is seriously worse than paying college tuition around here!  But it is worth every penny.  I mean just look at the way she wrote “MOM SHOES” for her favorite thing to wear!  Clearly my child is a genius.  ;)

For those of you who have asked, here is more on the topic of what I do with kids’ school work.  And here is how I organize school work before it is placed in their PL albums.  Speaking of albums, I am SO going to try to catch up on them this summer!  Not much progress is happening with Kole’s baby book but I feel like I need to get the girls’ albums caught up first before I can really start working on anything for him.