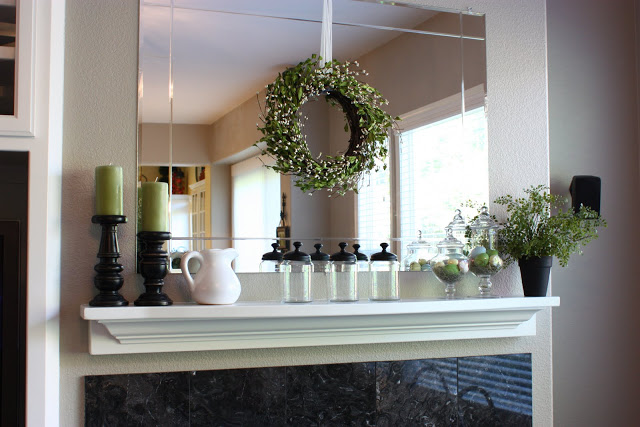 I’ve been doing a bit of random cleaning.  Spring Decor came down!  That was fast. 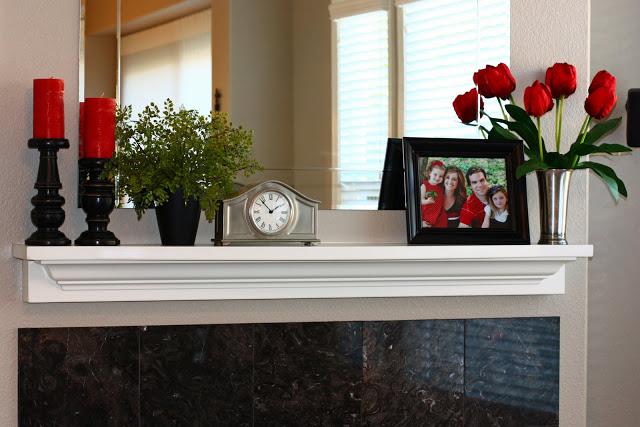 I don’t know why, but I was anxious to get it back to the norm.  Then something amazing happened a few days ago… 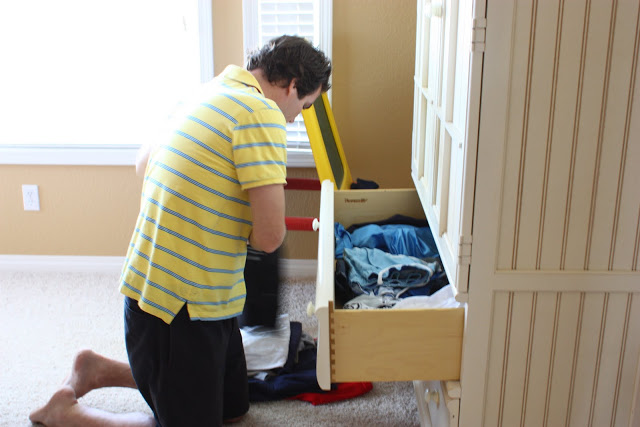 I asked Kenny to go through his clothes and tell me what I could send to Goodwill.  And he DID!  Funny that he hates stuff like that when I love it so much. 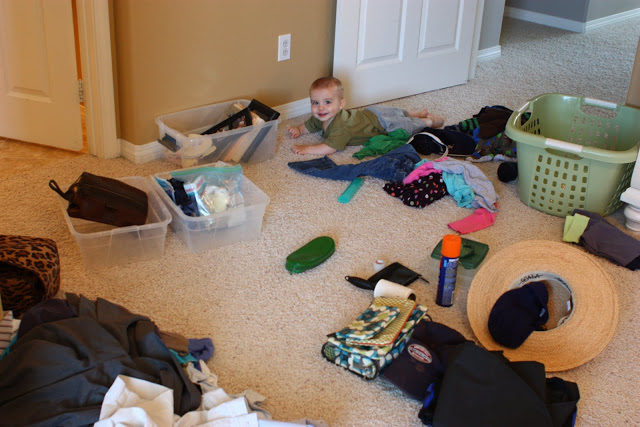 His clothes clean out inspired a little closet clean out.  Kole still isn’t feeling great (took him to the doctor and learned it’s just a combo of shots + a cold + teething which = nothing I can do for him).  But he did seem to perk up when he noticed we were organizing.  That boy of mine just loves to organize! 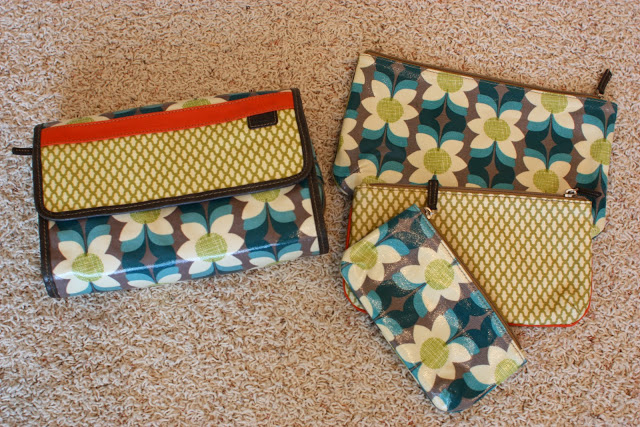 This has nothing to do with anything, but aren’t these make-up organizers cute!?  They are from the Fossil outlet and have been perfect for traveling. 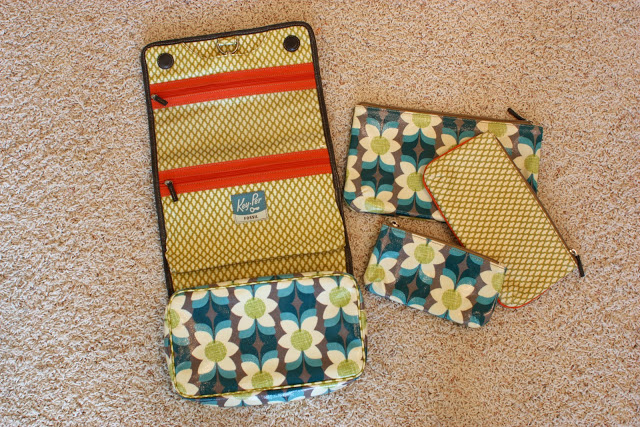 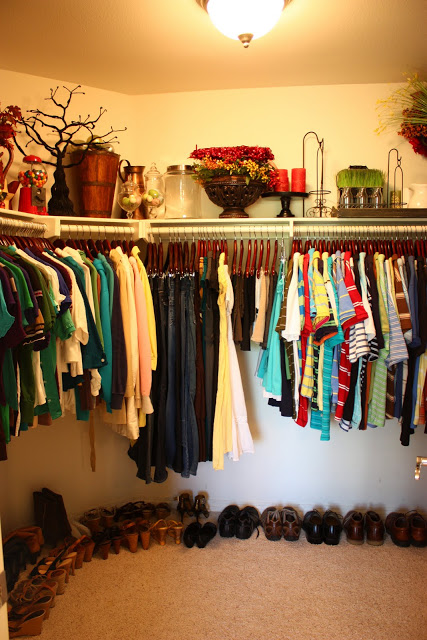 And the closet after my clean out party!  I should have taken a before picture.  Not the cutest look, but at least it’s organized.  My closet is the only place in this house to store tall decor items so the top shelf is where they all land.  I have so many fun ideas bouncing around in my head for how to organize my next house closet!  Just need to get my next house closet first. 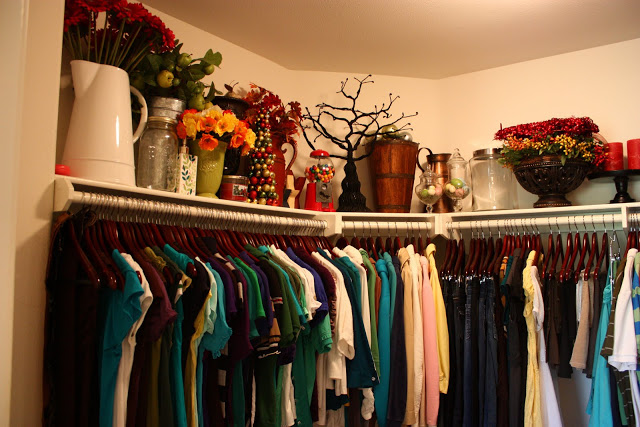 A few years ago I bought these brown hangers (some from Costco and some from the Container Store) to give the closet a more cohesive look, but do you know what drives me crazy about them?  They get SO dusty.  It really bugs me and I dust them often.  Anyone else out there dust their hangers?  Should I not have admitted that? 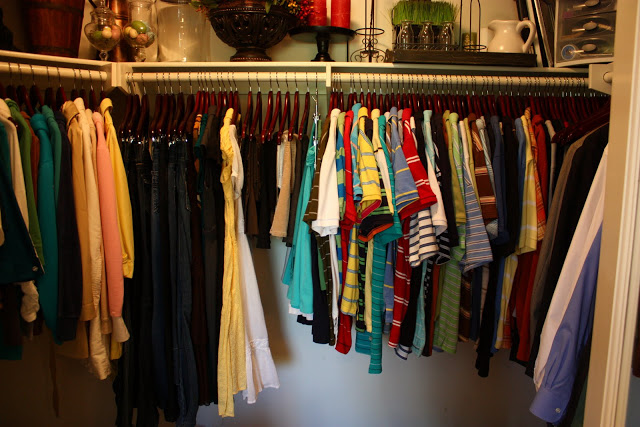 I decided to hang my jeans instead of throwing them in my dresser since I’ve spent more on them than any other item of clothing I own! 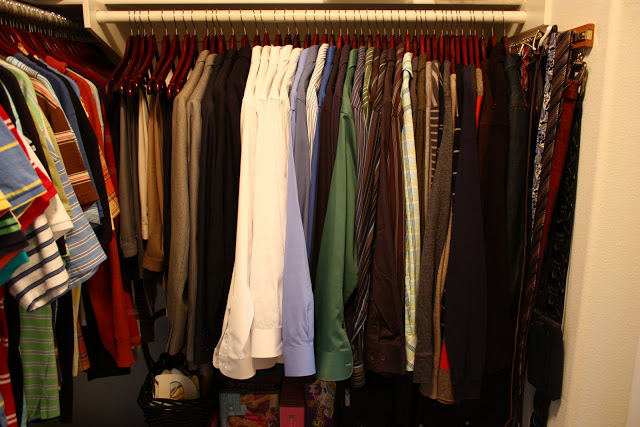 Love seeing all of Kenny’s dress pants and shirts so orderly.  That will be the first thing to get messed up.  His belts and ties are on a tie rack on the side of the closet… 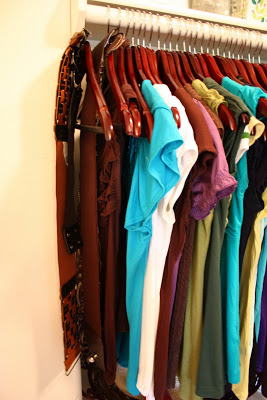 and my belts are just looped on some hangers. 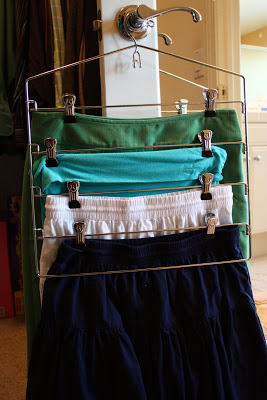 I use racks like this one for skirts.  I bought this at Bed Bath and Beyond and it’s a great option to help save space in tiny closets. 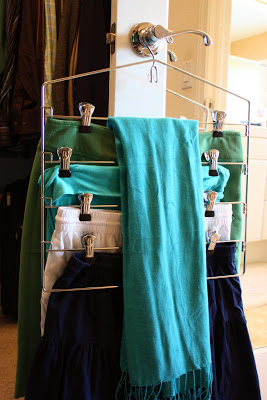 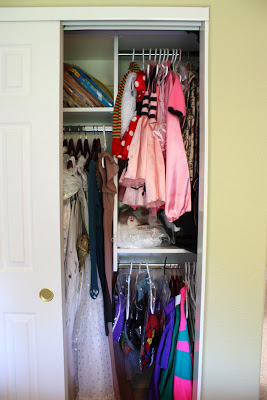 I also took a minute and straightened our random “catch all closet” in the guest room.  It holds Halloween costumes, my old prom dresses, the ironing board… 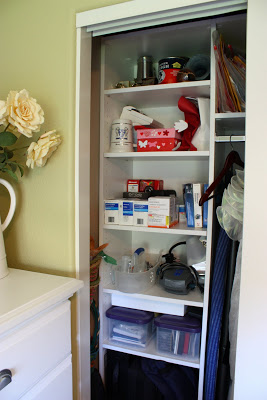 and other miscellaneous crap we can’t seem to part with.  Semi organized clutter is what I like to call it!

And what were my children doing while I was having a closet clean out party?  Kole was fussy so I told the girls to do whatever they could come up with to keep him happy. 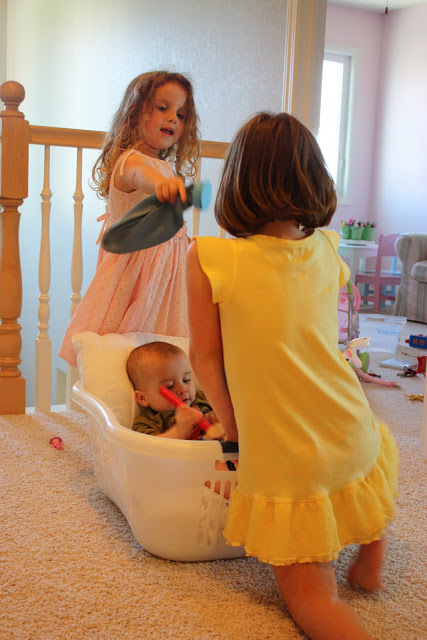 This is what they came up with.  I love that they first put a pillow in the laundry basket for him this time.  And that Addison is playing with an ice pack (??).  And that Ellie is in her pajamas at 4:00 in the afternoon.  And that this picture is a bit blurry because I took it with lightning speed so that I could capitalize on five minutes of the kids entertaining one another.   Typical afternoon around here!

18 thoughts on “Closet clean out”

What I want to remember