This poor magazine.  It has been leafed through and played with and dragged around for months.  I’ve stapled and taped it more times than I can count.  The cover finally just fell apart.  It is an American Girl Doll catalog and that was all Ellie wanted for her birthday this year.  I have purposely avoided the American Girl Dolls for as long as possible because I knew that with my two little princesses, once we started down that path there would be no going back!  But all of Ellie’s little friends have them and that was what she wanted for her birthday this year.  SO!  The weekend before her birthday we loaded our crew and headed to L.A. 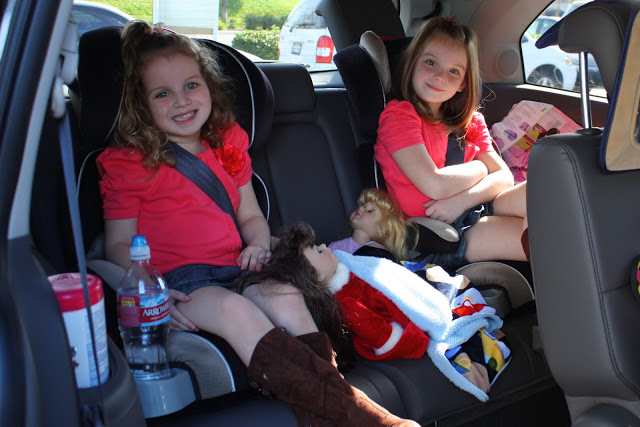 The girls were beyond excited.  They went to sleep immediately the night before and woke up so giddy they could hardly stand it.  It was seriously like Christmas morning.  (Notice the magazine next to Ellie’s window.  It has accompanied us everywhere for the last few months.) 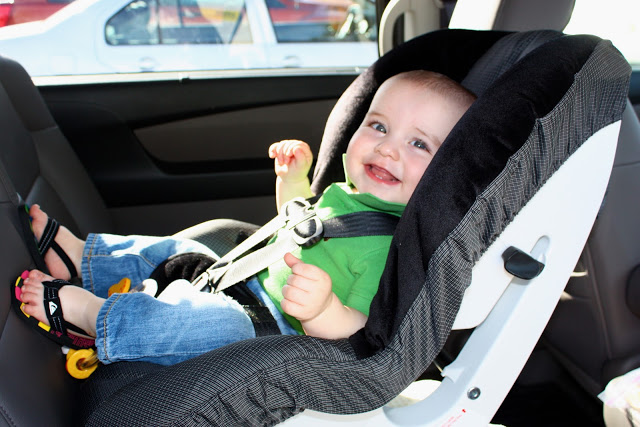 Kole was pumped too.  For what he didn’t know, but he could feel the excitement in the air! 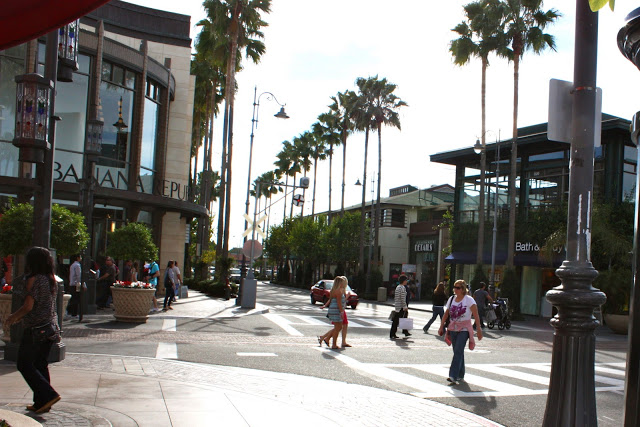 “The Grove” in LA.  Quite a mall if I do say so myself.  Definitely a place to head on another day without the rest of my crew.  We finally made it to the American Girl Place and it was incredible.  A dream destination for any little girl.  It includes a doll hair salon, book store, photo studio, hospital, and several dining options for brunch, lunch, or afternoon tea with your doll. 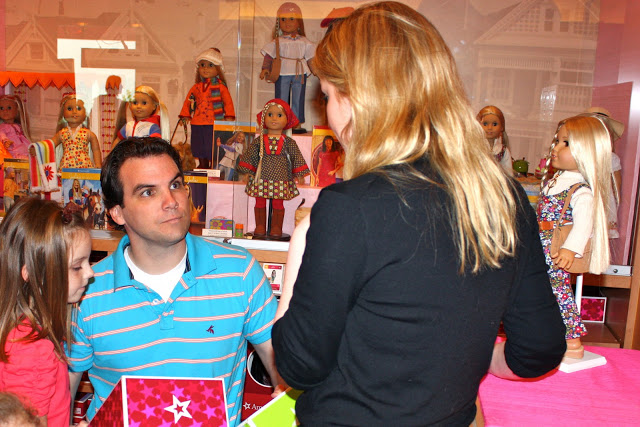 We were a bit overwhelmed by it all so we got a personal shopper to assist us for the day.  I had to laugh at Kenny.  He knew exactly what he was in for with the cost of these dolls.  The night before we left he said, “Erin.  DO NOT go crazy in this store.  We need to keep it under control…. blah blah blah.”  I expected him to sit back in the store while I shopped with the girls and just sweat a little over prices, but oh no.  Once we got there he was all into it.  Picking out dolls and matching shoes and sun bonnets.  Asking our personal shopper “Ok now, what accessories come with this doll?  Yeah…we’re gonna need some of those.  And what about pajama’s?  Do these have matching house shoes?  We’re gonna need two pairs of those….”  I was cracking up!  Such a sucker when it comes to his little girls.  So much for keeping it under control.  At least I’m not the one to blame this time! 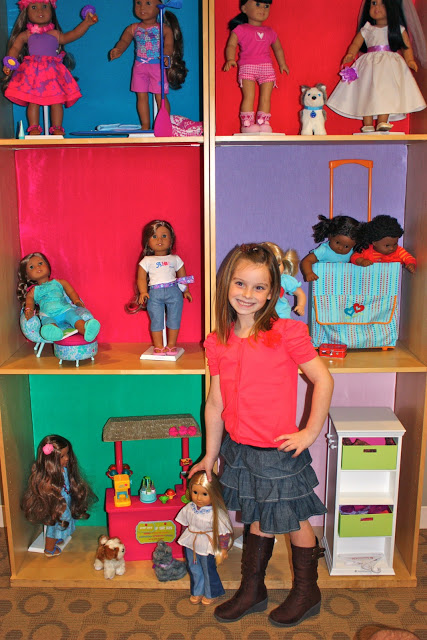 At the end of the day Ellie ended up with “Julie” a doll from the 1970’s that she had picked out in her catalog and fallen in love with. 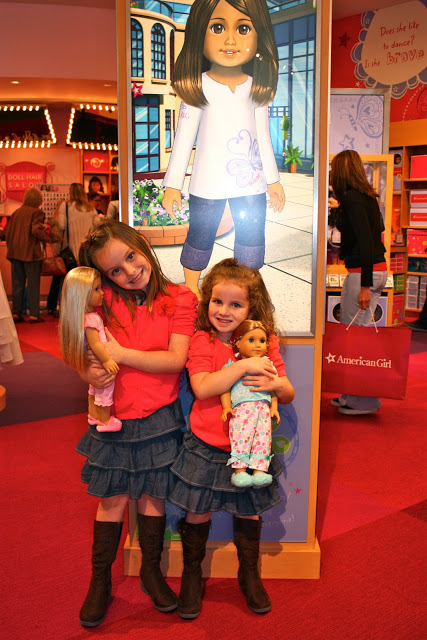 Addison choose “Elizabeth” – a doll who grew up in Williamsburg in the 1700’s.  I tried to get the girls to pick out dolls that looked more like themselves, but they weren’t having it.  They had specific ideas about what they wanted and weren’t budging.  Here they are leaving the store.  Notice we’ve already changed the dolls into their pajama’s and house shoes. 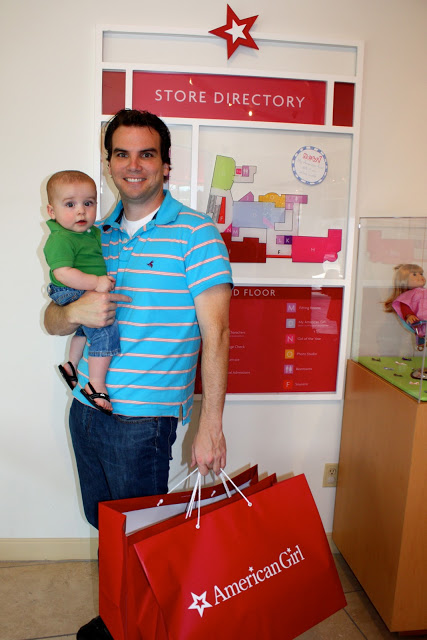 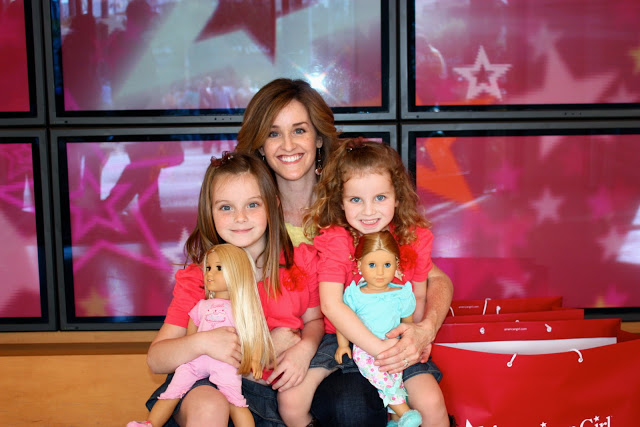 The girls.  I have to admit that I too fell in love with this store.  More then once I debated picking out my own doll with matching accessories! 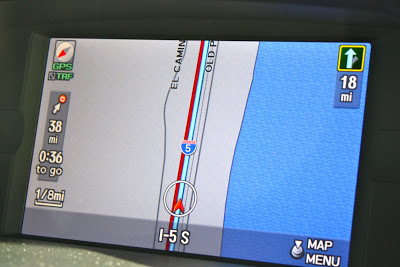 Quick drive back down along the coast and we were home again. 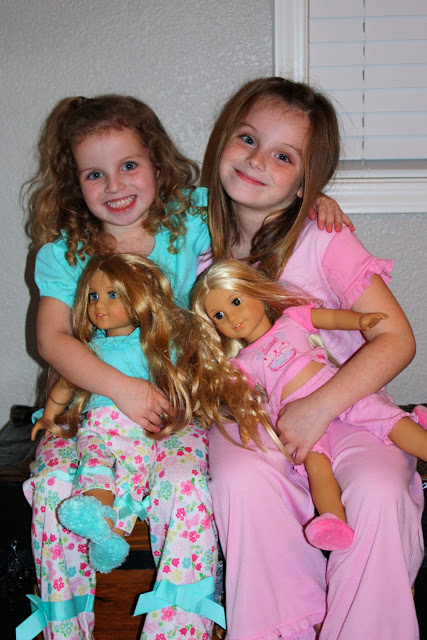 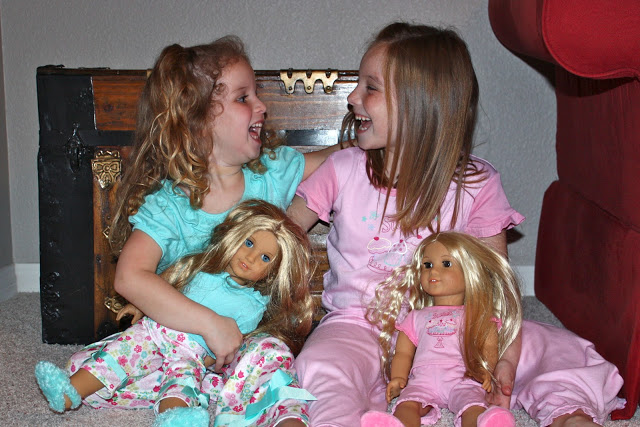 And boy did I ever have two happy little ones.  Girls and their dolls in matching pajama’s.  (Thanks daddy!) 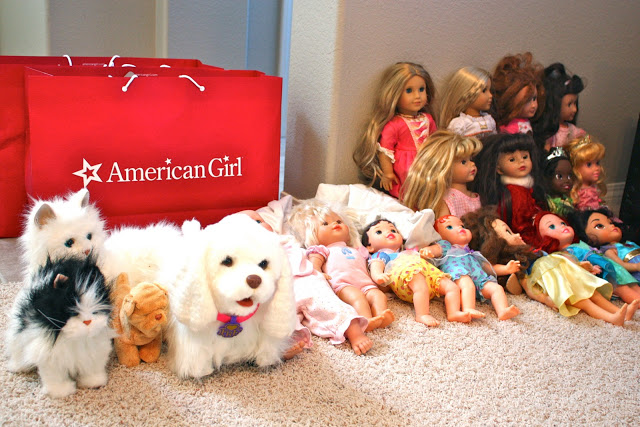 We’ve been having quite a time with the new dolls.  First we had to introduce them to some new “friends.” 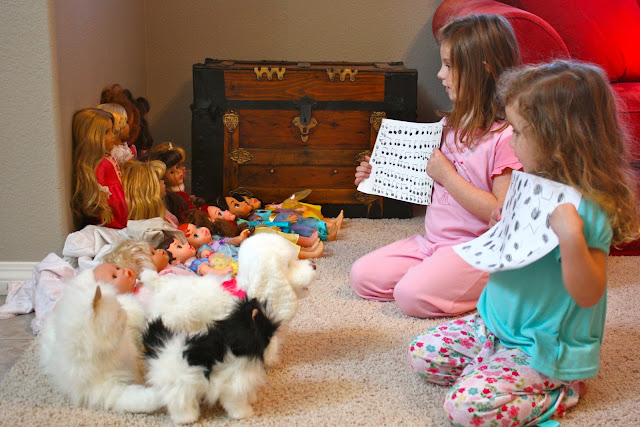 Then the girls drew music notes and had their dolls and animals put on a little concert. 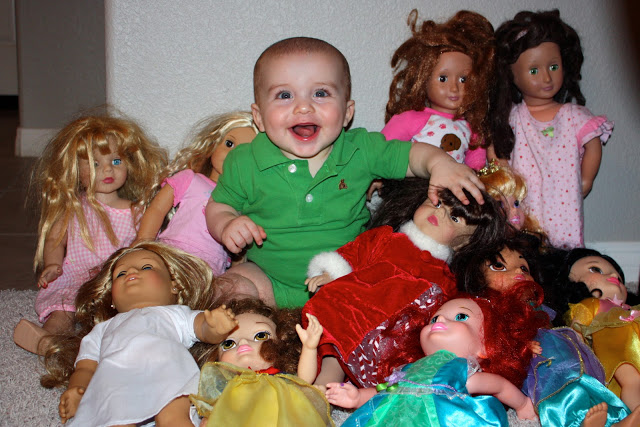 Even Kole had a party with the dolls. 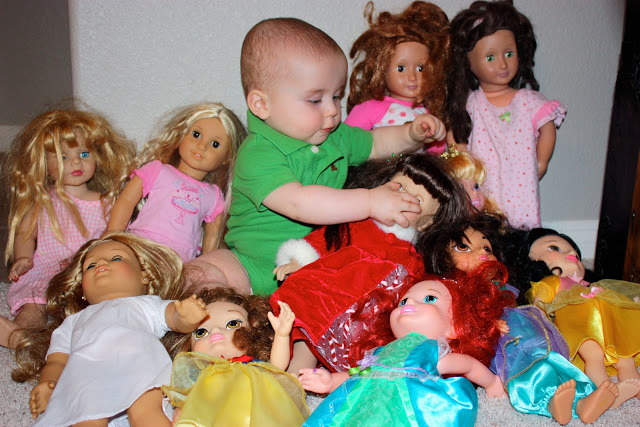 Until he started poking their eyes out causing shrieks of stress and anxiety.  Party’s over bud. 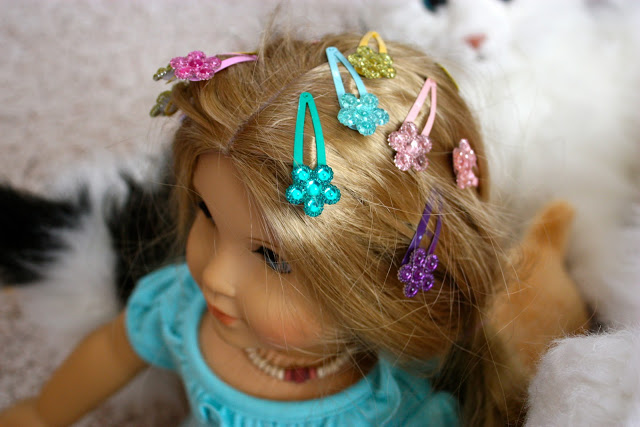 We’ve had lots of hair styling going on… 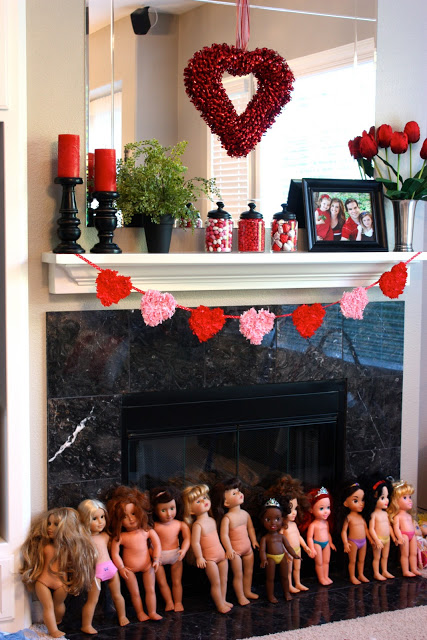 and lots of outfit changing.  Sorry for the totally X-rated picture!  I just took this yesterday.  I was feeding Kole and turned around and the dolls were all undressed and lined up along the fireplace.  They were getting prepped for a wardrobe change and fashion show. 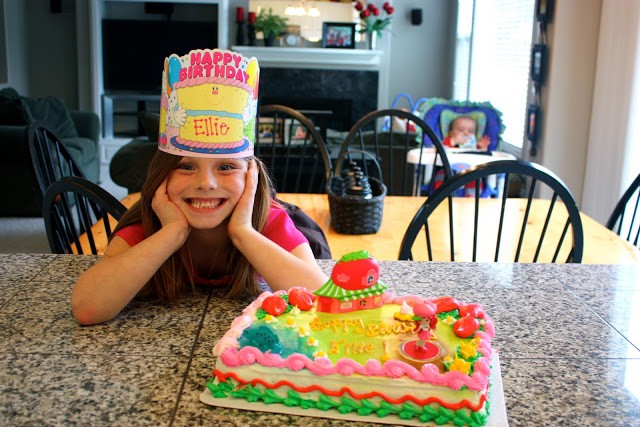