Skip to content
This is some sample text.
Learn More
Disneyland really is the happiest place on earth. :) The girls were captivated by all of the characters and in LOVE with all of the rides (Addison is a little daredevil!).
We had a great trip!
{PRINCESSES} 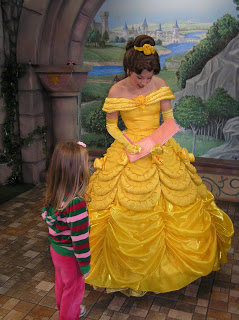 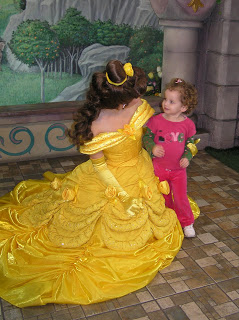 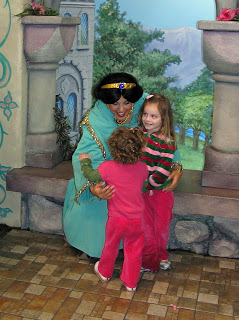 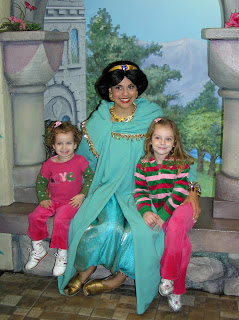 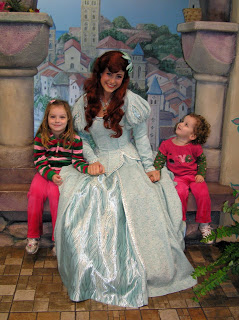 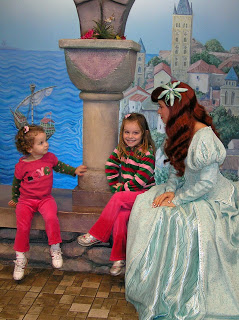 My girls are at such fun ages for meeting the princesses! I wish I could have recorded the dialogue. Addison told them all how pretty they were and couldn’t stop hugging and staring at them. Ellie wanted to discuss life as a princess saying things like “Ariel…you really have to watch out for Ursula, don’t you!?” They loved having their little autograph books signed and were completely awestruck. I don’t know who was having more fun…the girls meeting real princesses or Kenny and I watching them. :) 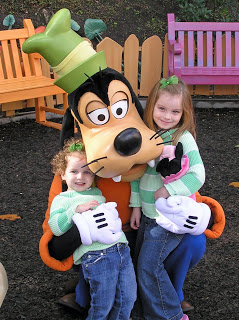 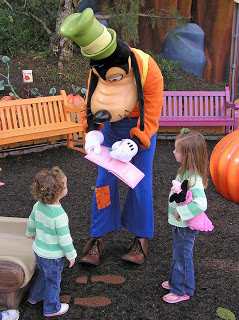 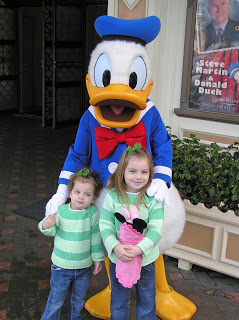 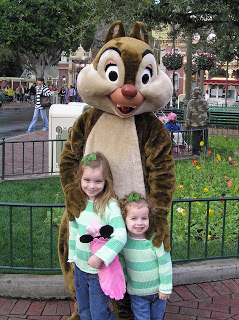 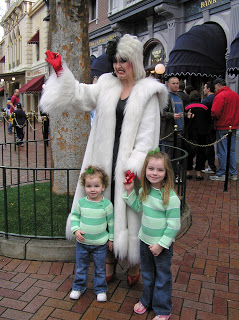 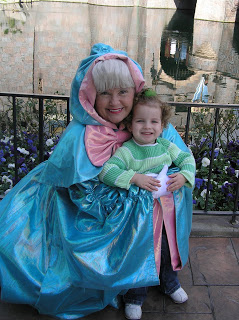 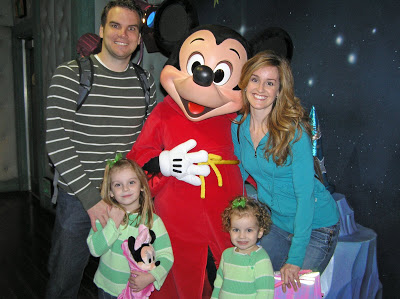 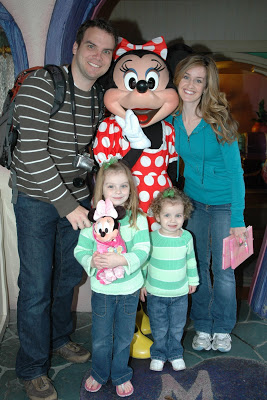 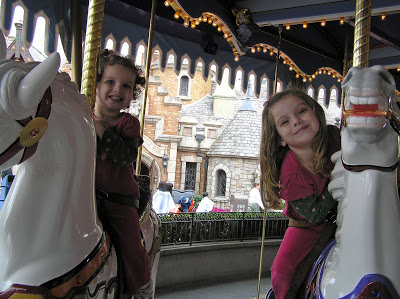 I was so impressed with my little 2 year old this trip! When we took Ellie to Disneyland for the first time at age 3 she was scared of everything. I was gearing up to spend the whole day with Addie on the carousel and Dumbo. We took her on the Peter Pan ride thinking she’d probably bawl (like Ellie did) but we were SO wrong. She LOVED IT! She talked through the whole ride saying things like “UH OH…we’re going fast aren’t we mommy! Wheee! This is so fun mommy! Hi Captain Hook! STARS!” Then the second it was over…”AGAIN AGAIN!” We were so excited that we took her on everything in the park that she was tall enough to do – even the roller coaster in Toon Town which is fast. She loved it all and wasn’t scared a bit! I loved that we all stayed together as a family the whole time and never had to separate. 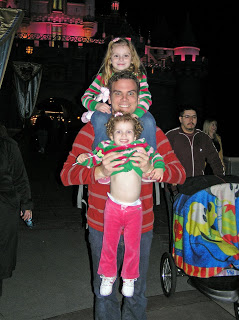 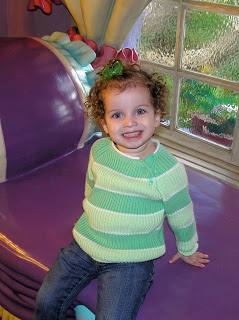 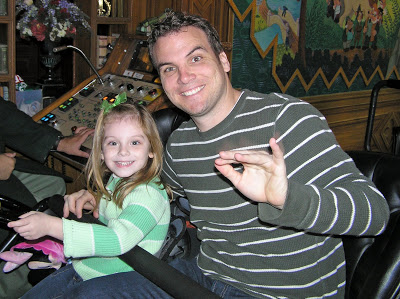 There was only one snag on our trip. We told Ellie she could pick out a toy for her birthday and she fell in love with a baby Minnie. She wanted to carry it with her everywhere. When we were getting ready in our hotel room to hit the park for day 2 she asked if she could bring Minnie. Kenny said no…I said “Oh – let her bring it. She loves it. What’s the big deal?” Kenny didn’t think it was a good idea…I told him to lighten up. The picture above is of Kenny and Ellie on Toads Wild Ride. You can see baby Minnie on her lap before the ride. Addison and I were right behind them and at the end of the ride…no baby Minnie. She was driving the car and must have dropped it somewhere along the way. There wasn’t much we could do (they won’t stop the ride) and Ellie was in TEARS. We of course went and bought her ANOTHER baby Minnie and Kenny had a great time rubbing in how right he was and how the world would be a better place if everyone would just listen to him. I feel it is important to document this tidbit for our family history since it is EXTREMELY RARE that Kenny is right and I am wrong. :) 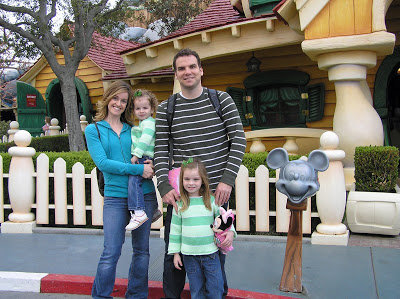 Whole family in Toon Town. This trip was so fun! We ended up buying season passes to Disneyland for the year. I convinced Kenny it was all for the girls, but we both know that it’s more for me than anyone. Living so close to Disneyland was one of the things I was most excited about when we moved to San Diego. I can’t wait to be able to head up for 4-5 hours on a random Saturday. It’s nice to not feel like you have to rush to see and do everything in one trip. I’m sure we’ll be spending lots of time at this beloved park. Small World has been renovated and improved and will be open in February. I’m so on it – already planning our next trip. Anyone up for a visit??? :) 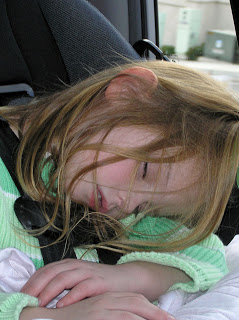 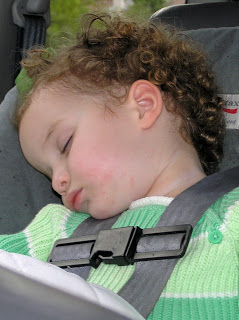 On the way home…completely worn out! 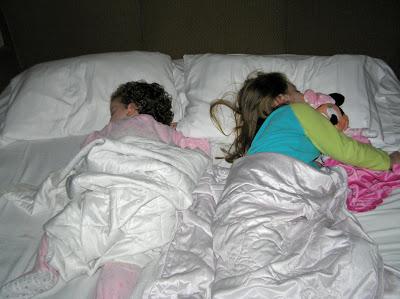 ***side note: This trip was Addison’s first time sleeping in a “big girl bed.” When the crib was brought into our room she said “I’m a big girl – I want to sleep with Ellie!” We let her and couldn’t believe how easy that transition was! They slept great and I couldn’t stop peeking at how cute they looked laying next to each other. Aside from Ellie turning 5 and Addie sleeping in a bed for the first time, Addison also stopped calling Ellie “Lolly” on this trip. :( They really are growing up too fast. Kenny and I still call her Lolly in hopes that Addison will go back and decide to stay LITTLE just a LITTLE bit longer.

Morning at the Beach