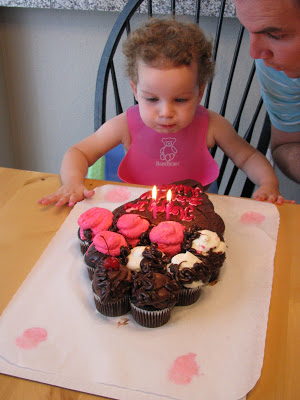 My baby turned two today. I should probably be sad that she isn’t a baby anymore, but I have to be honest and say…YES YES YES!!!! I’m so happy to be done with the baby stage! I LOVE the two’s! BRING ON THE TWO’S! Two’s aren’t terrible to me – they’re the best. I love this toddler stage for so many reasons. Aside from the obvious reason (more independent which means a little less dependent on me 24-7) I also love the communication. I love it when they start talking. Addison uses more words every day and hearing her talk is so dang cute! She is also starting to play really well with Ellie and it is so fun watching them “pretend” together. Addison is my curly headed firecracker and she has added so much to our family. She is a feisty little one and can be a bit stubborn at times, but is also extremely cuddly and sweet. She loves her blankie, hugs, reading books, climbing, dresses (she has to put one on the second she wakes up each morning and then it’s a fight to get her dressed in anything else) fruit snacks, pasta, “wa wa falls” (water falls) and playing with her sister “la la.” I don’t remember when she started calling Ellie “la la” but it stuck and she still calls her that even though I think she could pronounce the name correctly now. Every morning she wakes up and starts calling us all from her crib…”Mommy, Da Da, La La…Mommy, Da Da, La La.” Best alarm I’ve ever had.
Happy Birthday Addison – we love you so much! 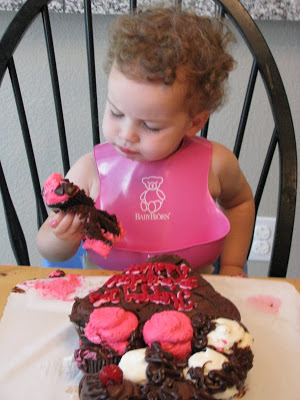 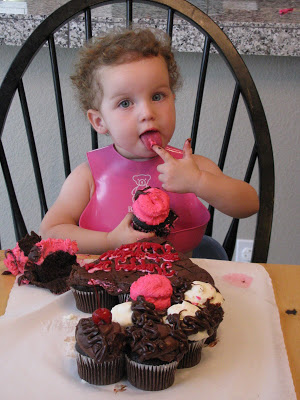 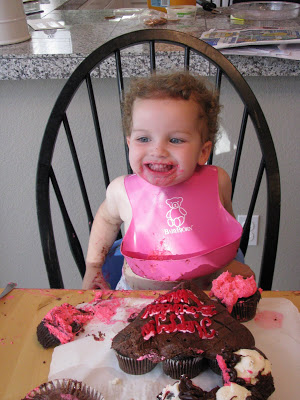 What a fun mess the cake was! Her smile made all the mopping after worth it! I was just happy we ended up with a cake. When I went to pick it up at our local grocery store (sorry – NOT one of those moms who spends hours icing amazing homemade birthday cakes) I had both of the girls with me. I picked up the cake at the deli and put the box in the cart. The girls were standing next to the cart and as I turned to thank the lady who made the cake, they both hopped on the same side of the cart and tipped the whole shopping cart on top of them. Of course they both started BAWLING so I flipped up the cart and made sure they were ok. They were just scared – no bones broken. Then I see the cake. The once beautiful cake that is now smeared all over the place. Just as I was starting to count slowly in my head (a little something I do daily to keep from losing it with my lovely children) the cake lady came to my rescue – helped me clean up the mess and re-made the birthday cake. Funny thing is that this felt like a typical trip to the grocery store with my girls. We never make it out of that store without some sort of catastrophe! 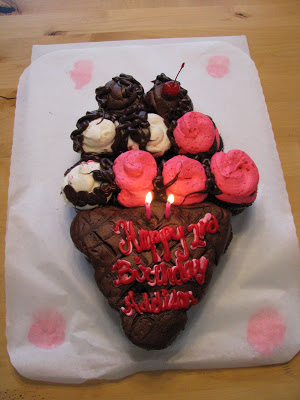 Last weekend we went to Chuck E. Cheese with some friends and while we were there I decided that it was Addison’s official birthday “party.” I thought about throwing her a party this year, but just couldn’t justify the stress on my end when I know she doesn’t know the difference anyway! The girls had a blast at “Addison’s party at Chuck E. Cheese.” 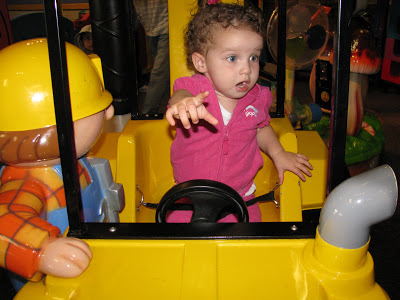 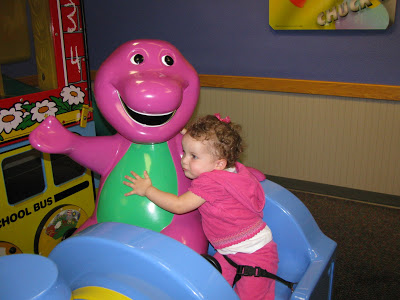 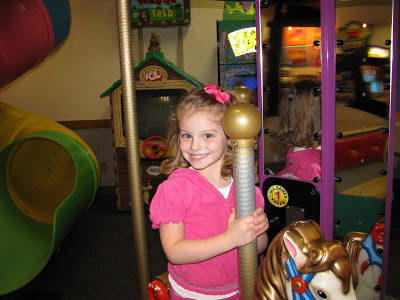 Ellie and her cute friend Maddison… 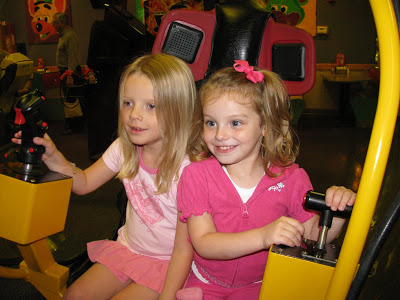 So I thought I only had TWO kids at Chuck E. Cheese, but it turns out I had three… 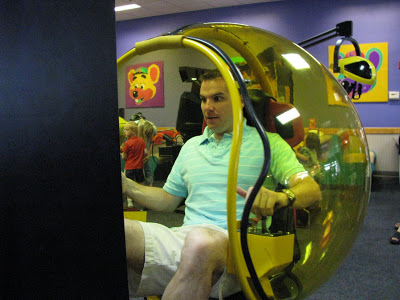 Game on! Dads and toddlers in a mean game of air hockey…
(dads were taking this WAY too seriously!) 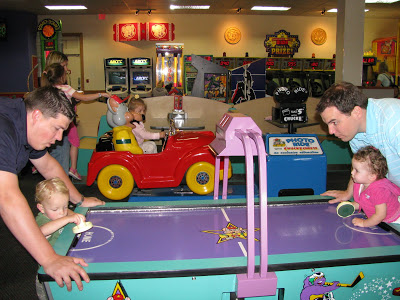 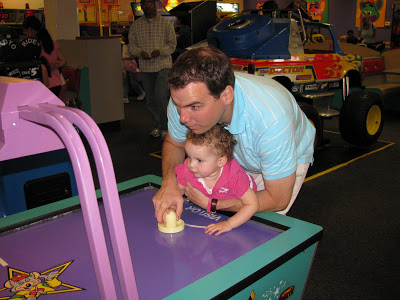 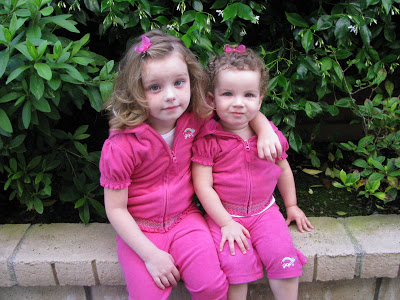 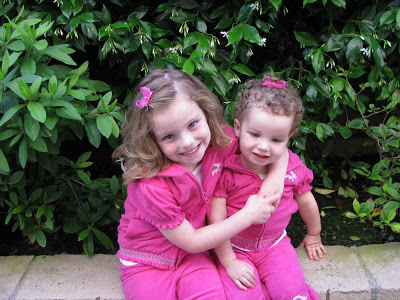 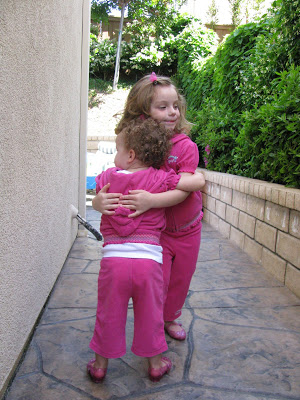